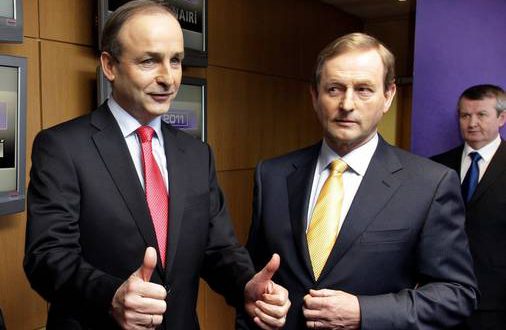 A coil can only be pushed back so much before it recoils and that’s what’s happening now as demands for pay increases are smacking Enda Kenny’s Government and different companies around the head.

Garda organisations, the Irish Nurses and Midwives Organisation and others seem to be prepared to join workers at Bus Eireann and Irish Rail on a path towards industrial action on pay. ASTI also seems on collision course with the Government regarding important issues regarding the pay of newer entrants. The Lansdowne Road Agreement is under serious pressure as the general demand for pay restoration gathers momentum. This minority Government, which isn’t strong, could be facing a ‘Winter of Discontent’.

The significant industrial action at Luas and Dublin Bus, pushed from below, has had a major impact in society and has brought the possibility of quite extensive industrial unrest onto the agenda for the first time in a couple of decades. Having been told for years by the leadership of the unions that noting could be done, these disputes show that serious industrial action that creates real pressure can deliver results and is always better than the policy of “social partnership” and doing nothing.

The growing impatience was foreshadowed in the general election when Fine Gael and its slogan of “keep the recovery going” were decisively rejected. Hope in the recovery and in trickle down economics ran out as people continued to struggle and felt inequality getting worse all around them.

For a time at least it seems inevitable that there will be discontent and the possibility of more serious strikes. In the midst of this an Garda Síochana are also facing a crisis on many levels. That the GRA have called four days of strike in November creates a very difficult dilemma for the Government. If they don’t make some concessions, they face a real undermining of the authority of the state. If they make concessions, that undoubtedly will further fuel the fires of a pay revolt. However, as was indicated in the bus strike, the Government will try to try to hold the line on pay.

On its own, this Government is very weak, but it has become increasing clear that they are not on their own as on all key issues Fianna Fail’s support has firmed up. Fianna Fail rose in the first polls after the election as they belittled the administration by forcing popular concessions such as on water charges.

But since Brexit, Fianna Fail has acted as loyal representatives of the establishment, acting as a stronger prop to the Government during the Apple crisis and the bus strike and now in resisting a potential contagion on pay. It is significant that they have since consistently been knocked back in polls, indicating that  people also recognise the role they are playing.

The crisis about the abuse of whistleblowers in the Garda can also throw up banana skins that Kenny could slip on. It’s likely the pressure will only increase on him to indicate when he’ll step down or face a heave that would likely to be the beginning of the end in any case. That would further add to the instability; however a general election isn’t most likely in the short term as the grand arrangement between Fine Gael and Fianna Fail, the losers of the last two elections, becomes more consolidated.

The explosive developments in Poland which forced the rightwing administration to unceremoniously drop their plans to impose a ban on abortion should also act as a warning to the establishment here. They won’t come up with a proposal to further restrict abortion but if they come back with only minimal change on the current very restrictive regime, they also could face a very significant backlash from women and young people.

Significant industrial unrest would deepen the politicisation already begun. That combined with the fact that the main establishment parties are in effect sharing power can give an impetus to the idea of a left government and the need for a new party to represent working-class people, women and young people. The AAA will use its Dail position and its campaigns to popularise the idea of a new mass fighting left party.