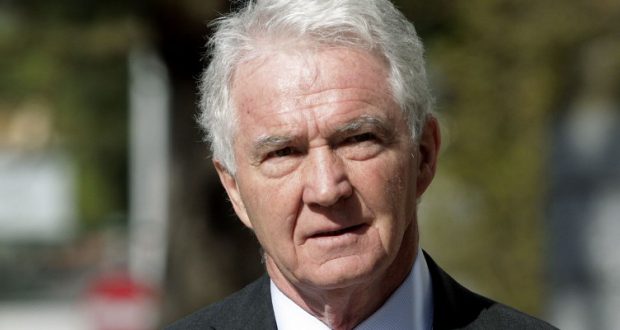 On 3 October, the various defendants in the Jobstown trial, accused of falsely imprisoning then Tainaiste and Labour leader, Joan Burton, were assembling outside the Central Criminal Courts when who skips by, only Seanie Fitzpatrick on his way to plead not guilty to the charges of 21 counts of giving false or misleading information.

Of course Fitzpatrick’s crimes amount to a lot more. Under his stewardship, Anglo Irish Bank brought the unfolding economic crisis crashing down on the heads of millions of working class people. The imminent collapse of Anglo, and the subsequent bank bailout were the opening shots of a one-sided class war that destroyed the lives of hundreds of thousands of ordinary working class people.

As Sean Fitzpatrick breezed past the Jobstown defendants, the irony was not lost on them that it was one of the austerity policies that Sean Fitzpatrick’s actions brought forth, water charges, that they were protesting against in Jobstown in October 2014.

But that’s where the similarities end. As the jurors were being selected for Fitzpatrick’s trial, the judge told the jury panel they should not serve if they were part of any group that campaigned against austerity, or such like, or had suffered because of the banking crisis, or felt their strong feelings on the matter of Anglo or in relation to bankers meant they could not be impartial or fair.

Furthermore, anyone who had made a public statement about banks, including on facebook, should likewise remove themselves from the group. Failure to do that could result in a fine of up to €2,000.

You couldn’t make it up! The judge restricts the potential jurors to those not affected by austerity or the actions of the banks. Kind of makes a mockery of being tried by a “jury of your peers.”

But this is how the system works. Working class people will never get legal justice anymore than they get economic justice in the system that’s rigged to defend the wealth and interests of the super-rich. In the eyes of the elite, Fitzpatrick’s crime was to get caught, and therefore to endanger the system. 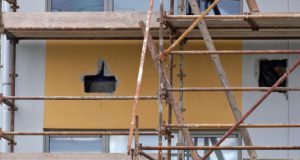