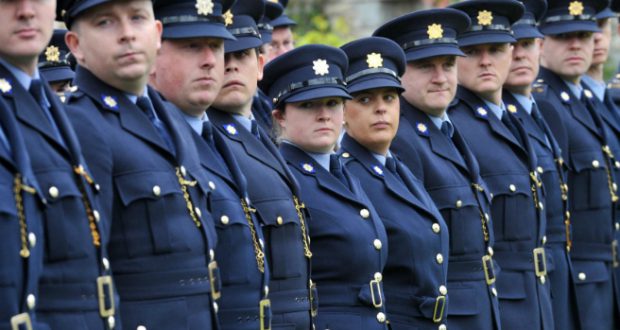 The Garda strike & the crisis for the state

At a meeting in Tullamore on 29 September, the Garda Representatives Association (GRA) voted to reject a pay offer from the government and to take strike action on the four Fridays in November with a demand for full pay restoration.

This follows a ballot which resulted in a 95% vote in favour of industrial action. The leadership of the GRA has made clear that this will not be another ‘blue flu’ where Gardaí called in sick en masse, but will be open strike action, in violation of the law.

This is unprecedented and extremely significant. It poses a major crisis for the government and establishment. Workers in the public and private sectors are increasingly demanding their share of the recovery in the form of pay rises. The concessions made to the Luas and Dublin Bus workers show that taking strike action yields results.

For the government to concede to the demands of the GRA would threaten the unravelling of their wage suppression strategy with more pay claims and potentially a wave of industrial action from teachers, nurses, Bus Eireann, Irish Rail and others. On the other hand, to allow the strikes to go ahead would represent a very significant split in the state apparatus which would be very difficult to respond to.

As establishment mouthpiece Stephen Collins noted in the Irish Times: “the upholders of the law are threatening to break the law in pursuit of their own self-interest… The challenge to the authority of the State is one the Government simply cannot afford to bow to on a point of principle, apart altogether from the financial implications.”

The context of the dispute is more than pay restoration; demoralisation in the Gardaí is high and the dispute comes after years of scandals which have undermined the cohesion of the force- penalty points, the bugging of GSOC, the vicitmisation of whistleblowers, the recent revelation that 16% of reported crime is not recorded in the official statistics etc. Recent revelations about the treatment of whistleblower Sgt. Maurice McCabe has revealed much about the rotten culture in the Gardai.

According to a report from senior Garda official John Barrett, then-Commissioner Martin Callinan met head of the Public Accounts Committee John McGuinness TD to suggest to him that McCabe was ‘not to be trusted’. It also states that a meeting between McCabe and two senior Gardai was misreported to suggest that he said he was motivated by malice in making his allegations- a claim contradicted by a tape recording of the conversation produced by McCabe.

A recent poll showed that 57% of people say their trust in the Gardaí has been undermined by the recent scandals. Further contributing to this is the recent use of Gardai to police water protests, and force through water meter installation in communities. This has involved widespread brutal treatment of protesters.

The strike action by Gardai should be supported. A victory for the Gardai in their dispute with the government will further strengthen the hand of workers fighting for pay rises. However, there is a contradiction in GRA members going on strike against austerity while allowing themselves to impose austerity on working class people as they have during the water charges movement and on many other occasions.

This raises the fundamental question of who controls policing and whose interests it serves. We need policing which operates under the democratic control of working class communities, rather than defending the interests and rule of the capitalist class. 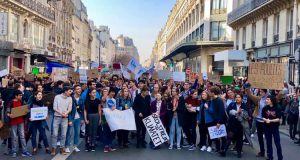