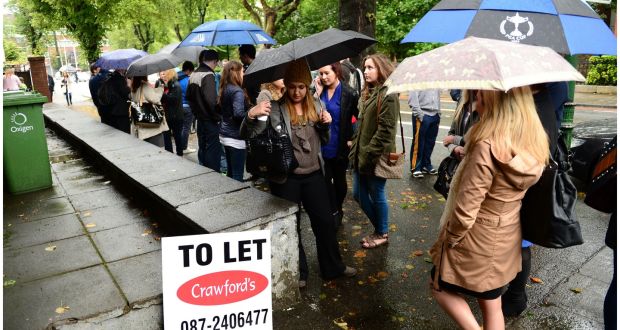 Figures in the latest Daft.ie report have shown that the ever increasing rent prices set by profit-driven landlords has seen a 39% increase in rents since 2011. According to the report, the average price of rent nationwide is €1,037. Rents in Dublin in particular have reached extortionate levels, with prices now at an average of 5.2% above their previous peak.

This renting crisis, caused and perpetuated by the government’s refusal to invest in social and affordable housing is hitting more and more working class people, particularly young workers, students and migrants. With rents now higher than they were at the peak of the Celtic Tiger, vulnerable members of society are now faced with being put on the endless social housing waiting list, having to live in disgraceful conditions, or becoming homeless.

The deplorable profiteering by landlords has forced many to live in what are essentially 21st century tenements, where as many as five people are squeezed into one room and charged €100 each per month. The advertisements on Daft.ie for accommodation in Dublin reveals the huge costs of rents for what are more or less bedsits.

A bed in a one bedroom apartment, in which two bunk beds sleep four people in one room, costs €300. Another ad demonstrated how a greedy landlord in the capital is exploiting people who are desperate for accommodation by charging €450 a month per bed in a twin room. In fact, the average price for a single bed in the city centre is €588.

This is understandably extremely anxiety inducing for many young workers and students. These rates are completely unaffordable even for students who receive the maximum student maintenance grant, which is no more than €657.22 per month.

This, along with universities such as UCD raising the prices of on campus accommodation, will result in 65% of Irish third level students living at home for the coming academic year. Due to the government’s inaction on dealing with this issue, thousands of students will be forced to either drop out of college or take out loans and subsequently go into huge debt in order to afford accommodation while at college.

What has the government done to alleviate the problem of rising rents? They imposed a two year rent control limit, but not before giving landlords the opportunity to raise rent prices to unaffordable levels before this rule came into effect. Rents will undoubtedly soar even higher when the two years are up. Despite the fact that profiteering and reliance on the private market has caused this crisis, this political establishment is content to put the rights of landlords, bankers and developers to profit above the right of people to decent and affordable accommodation.

Immediate action must be taken against landlords by immediately imposing real rent controls and rents should be lowered to the relatively low levels of 2011. A challenge must be posed to the vested interests of landlords, property developers and the construction industries which should be brought under public ownership. The government should start to use existing resources to invest in housing.

The €13 billion owed by Apple is illustrative of the enormous resources that exist to tackle this mounting crisis. This money alone would clear the housing lists by building 130,000 council houses. Ultimately we need a government that is going to challenge the capitalist system of profit and the use the wealth for the benefit of all.