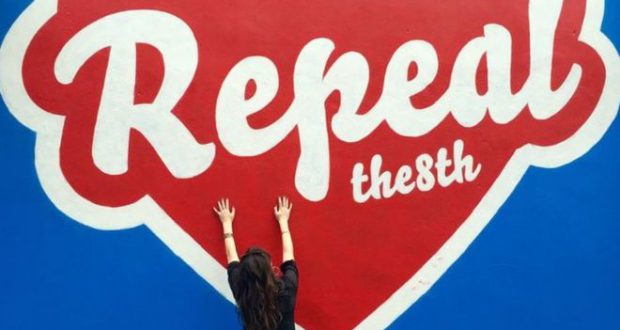 On the 8 July Maser’s “Repeal the 8th” mural went up on the extierior of Project Arts Centre (PAC). It stood out in temple bar as a big bright addition on East Essex Street.

Quickly, it gained a lot of attention from both people praising the artwork’s statement, and a minority of religious groups demanding that it be taken down. After PAC receieving some 50 complaints, and a battle of online petitions, Dublin City Council issued a warning which stated that the venue required planning permission for the mural.

The fact that Project had not been issued with the same warning for previous murals, including one last year supporting the Yes Equality vote shows the hypocrytical nature of the council in only showing opposition to political art which challenges the status quo.

So-called Pro-life groups saying that such a mural was offensive is another hypocracy, given their own controversial, graphic billboard campaigns, which are funded with money from wealthy US organisations.

As soon as the mural was taken down, demonstrations were organised against the 8th amendment and the decision of the council. Solidarity murals were painted in other parts of the country, graffiti reading “repeal the 8th” increased, the mural was projected onto buildings and an augmented reality marker was placed on Project’s wall so that the mural could still be seen through the use of smart phones.

The support that this mural has received undoubtedly reflects the need for a referendum and the level of support for a woman’s right to choose.

In addition to this, artists, in particular, recognise the danager of censoring art. PAC Director, Cian O’Brien, pointed out that in Project’s founding documents, director Jim Fitzgerald says that “to wait for the revolution is merely to postpone it. I believe that we, the artists, must take action on our isolated front.”

Art has always existed and is born and formulated from within the society that the artist lives in, and reflects the nature of that society. It poses questions, and, for anyone who looks at the performances shown in PAC, which includes topics such as Corrib Oil, the refugee crisis, and prostitution, the mural is merely an extension of the politically challenging nature of art – its censorship is synonymous for many with dictorial rules.

Art has played a role in discussion in society and propelling movements by basing itself in the conciousness of society and by questioning the issues of the time. Working class artists need to be supported in their work in order to make art more accessible, and to give space for work that can place the issues of the majority of people in the spotlight. Futhermore, the arts can play an important role in areas such as education and mental health.

Just as we need to see the reaction around this mural as further proof that repealing the 8th is widely supported, we need to look at the damaging nature of art being seen as a past time for those who can afford it. 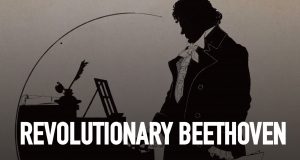 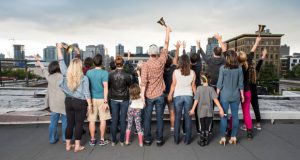