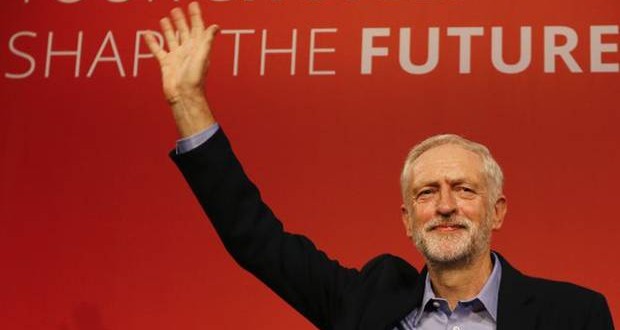 Stop the Blairite coup! Fight for an anti-austerity party for the 99%

Statement by the Socialist Party in England and Wales on attempts by members of the Blairite wing of the Parliamentary Labour Party to mount a coup against Jeremy Corbyn.

THE TORIES ARE IN DISARRAY and a general election is on the cards. A Jeremy Corbyn-led Labour government could be in power in months. And what does the Labour right do? It ignores Jeremy Corbyn’s democratic mandate and acts – at the behest of the 1% – to remove him from office. As the Socialist Party warned there is no compromise possible with these Labour Party representatives of big business.

Not for nothing did Maggie Thatcher describe Blair and New Labour as her ‘greatest achievement’. Capitalism had succeeded in making Labour into a party that could be relied on to act in their interests; Jeremy Corbyn’s election put that in danger and therefore the Blairites, with the full backing of the 1%, have been determined to undo his democratic election as leader, regardless of the electoral consequences for Labour.

Unfortunately over the last nine months this brutal reality has not been recognised by the leadership of Momentum, the organisation founded to support Jeremy Corbyn. Instead there have been endless attempts to compromise with the right – excluding non-Labour Party members from Momentum decision making, refusing to oppose Labour councils implementing cuts, not supporting mandatory deselection of right wing MPs and more.

It should now be clear to everyone that the strategy of pacifying the right has failed and we need to step up the fightback.

Jeremy Corbyn was thrust into office by a popular movement against austerity, mostly from outside of the Labour Party. Since than Jeremy has been trapped behind enemy lines, with an overwhelmingly hostile Parliamentary Labour Party. Now they are going for the kill.

The only way to defeat them is to harness and build on the anti-austerity movement that got him elected. To win requires going beyond the constraints of the right-wing dominated Labour Party machine or the niceties of Labour’s constitution, recast by Blair.

There should immediately be a conference called of all anti-austerity forces – inside and outside of the Labour Party – that want to support Jeremy Corbyn. This should include affiliated and unaffiliated trade unions, anti-cuts organisations, the organisations involved in the Trade Unionist and Socialist Coalition such as the Socialist Party, anti-austerity Greens and others.

This would be a real step to building a movement capable of defeating the right, and would also be a step towards creating a genuinely anti-austerity Labour Party, organised on a democratic federal basis, in which all socialists can be involved, including those like the Socialist Party expelled by the Blairites in the past.

The conference should declare it will not accept any attempts by the Parliamentary Labour Party to remove Jeremy Corbyn by whatever means. It should demand immediate mandatory reselection for all MPs. It should also go further and call for the Labour Party leadership to remove the whip from all Labour MPs who refuse to sign up to a clear anti-austerity programme.

If the Labour movement responds in this way it will not win over the Blairites, but it could force them to split away and in doing so open the road to the creation of a Labour Party that stands in the interests of the working class.

We do not accept the arguments of some that such a party would be electorally unpopular. Jeremy Corbyn should be preparing for a general election now by launching a fight against austerity with the programme from his Labour leadership contest as its starting point. This should include making clear that he opposes austerity whoever it is implemented by: Brussels, Westminster or local councils.

Such a stand – including a £10 an hour minimum wage and mass council housebuilding – would be able to enthuse not just those who elected him as leader, but growing numbers of workers, including many who expressed their anger at austerity by voting for leave in the referendum. This is the best way to cut across attempts by the little Englanders of UKIP and their ilk to whip up racism.

Following the referendum the capitalist class and the Tories are in chaos. It is urgent that the working class takes the opportunity to find its own political voice. The referendum result shows the enormous potential for a mass fightback against austerity in Britain. The task is to create a mass political party capable of leading such a fightback, politically armed with socialist policies.