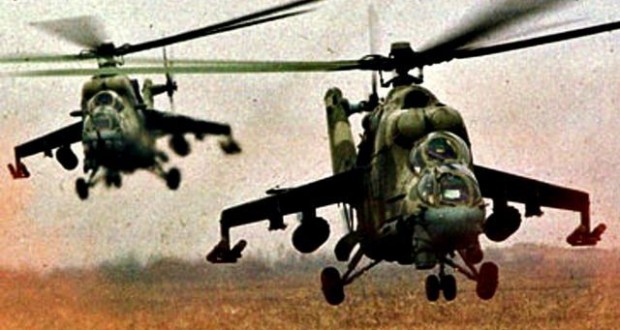 Editorial from “The Socialist”, paper of the Socialist Party in England and Wales.

After four and a half long, bloody years of civil war in Syria – with over a quarter of a million dead and eleven million displaced – there is still no end in sight. On the contrary the entire region faces being drawn into a sectarian civil war.

It now seems to be on the cards that Cameron will put a new vote to parliament, for Britain to join in the airstrikes on Syria as well as continuing them in neighbouring Iraq.

This would do nothing to end the nightmare facing the peoples of Syria and Iraq but will only add to the endless horror that they face. Nor would it do anything to protect people in Britain and elsewhere from terrorist attacks; on the contrary it will make them more likely to occur.

The threat of British airstrikes is already being accompanied by a new wave of warmongering propaganda from the right-wing press.

The Sun even cynically launched a campaign demanding British airstrikes in the name of Aylan, the Syrian refugee toddler who drowned trying to cross the Mediterranean. As if more bombs landing on Syria, with the inevitable resulting civilian casualties, would do anything to decrease the number of Syrians fleeing for their lives.

Left Labour leader Jeremy Corbyn has made clear his opposition to bombing Syria. If he, as he should, stands firm and opposes the bombing, he will inevitably face yet more vilification from the Tories, the capitalist press, but also from within his own party.

Cameron hopes that any vote will pass because of the support of a large section of Labour MPs: the Observer (11 October) reports that more than 50 have said they will back him.

However, if Jeremy Corbyn puts a clear case against the bombing he will get widespread support from working and middle class people. While there is a desire to see something done to bring peace to Syria and to defeat the reactionary thugs of Isis, there is also a deep-rooted scepticism over what further military intervention by Britain or other imperialist powers will achieve.

No wonder after the disastrous invasion of Iraq, which laid the basis for the current quagmire, and then the 2012 onslaught on Libya which has led directly to the anarchy which now exists there.

It was the strong anti-war mood in Britain that forced Miliband to oppose bombing Syria in 2013; thereby making Cameron hold back.

The fact that Cameron appears to now be confident to push bombing Syria to a vote is down to a number of factors including the escalating refugee crisis.

One important reason, however, is the role of the warmongers in the Parliamentary Labour Party, giving the Tories an opportunity to split Labour and, Cameron hopes, undermine Corbyn. That this is a factor in Cameron’s decision making is an indication of the extreme short-sightedness of today’s Tory Party.

In the past, acting on behalf of British capitalism, the Tory leadership thought of foreign policy in terms of decades or even longer. Today they act on an extremely short-term empirical basis.

In reality, of course, whether or not Britain begins to participate in the bombing of Syria will make only a symbolic difference to what happens in the Middle East. Britain’s bombers would merely be a small part of the ‘coalition of the willing’ led by the US. Britain’s participation would do nothing to rescue the wreckage of US imperialism’s strategy for Syria and Iraq.

As Patrick Cockburn put it in the Independent (3 October): “The US-led air campaign against Isis has not worked. The Islamic militants have not collapsed under the weight of airstrikes, but, across the Syrian and Iraqi Kurdish regions, either hold the same ground or are expanding. There is something ludicrous about the debate in Britain about whether or not to join in an air campaign in Syria without mentioning that it has so far demonstrably failed in its objectives.”

After just over a year of airstrikes in Iraq and Syria, at a cost of more than $2.7 billion and the killing of many civilians, Isis still controls at least half of Syria and a third of Iraq. In May of this year, for example, the Iraqi city of Ramadi fell to Isis. The US air force carried out 165 strikes against Isis positions in the month before it fell, but they did not alter the outcome. At the time of writing, five months on, Isis still holds Ramadi despite a prolonged attempt by the Iraqi government to retake it.

In desperation to retake the city the predominantly Shia Iraqi government has deployed the Shia militias. Given that Ramadi is capital of Anbar province, both predominantly Sunni, this will do nothing to undermine support for Isis among the Sunni population who fear mass reprisals against all Sunnis if Ramadi falls.

These fears are not without foundation; earlier in the year the Shia militia were central to the campaign to retake Tikrit from Isis. After the city’s recapture mass executions of Sunnis – wrongly all written off as Isis supporters – forced thousands to flee.

Ramadi is an example of imperialism’s utter failure not just because of the events of the last year, but everything that has happened since the 2003 US-led invasion and occupation.

One of the most brutal battles fought by the US army over a decade ago was to capture Ramadi from Sunni insurgents. Yet now it is in the hands of Isis – a more reactionary and barbaric group than the worst of those previously fought by US troops.

It is the role of imperialism in the Middle East which is central to the nightmare that has now developed in the region. Its legacy, with decades of military intervention, divide-and-rule policies, support for brutal dictatorships and flirtations with jihadist forces has left Iraq and Syria in ruins, reflected in a rapid descent into sectarian fragmentation.

The events in Syria confirm the analysis the Socialist made at the start of the conflict. At the time there were widespread predictions, including from the Cameron government in Britain, that President Assad would rapidly be defeated.

We argued that, unlike in Libya, this would not be the case. Assad had greater reserves of support from ethnic and religious minorities within the country; with the increasingly sectarian character of the rebels driving them towards the regime.

At the start the uprising was part of the Arab Spring – and was a genuine popular revolt against the Assad dictatorship. But this changed with the outside intervention of reactionary forces opposed to revolution in the region – in particular the brutal dictatorial regimes of Saudi Arabia and Qatar – backed up by imperialist forces. The result has been the unleashing of a dangerous battle between the Sunnis and the Shias on a regional scale. Isis is the horrendous consequence of this process.

US imperialism initially at least turned a blind eye to the growth of Isis while attempting to create and fund a pro-Western Free Syrian Army (FSA) to fight Assad.

US Senator John McCain was even photographed posing supposedly with the FSA, but in reality with Isis commanders! US weaponry sent into Syria ended up in the hands of Isis.

However, Isis’s aggressive and accelerating role in tearing apart Iraq and Syria and its contempt towards the world powers has forced the US to act against it.

Nonetheless, according to Patrick Cockburn (Independent 30 September): “The US is not bombing Isis in Syria in areas the jihadist group is fighting the Syrian army.”

In reality US imperialism has no forces it can rely on in Syria. The capitalist press in the US and Britain has expressed outrage at Putin’s regime launching airstrikes in Syria. Cameron hypocritically declared that if Russian action was: “against the Free Syrian Army in support of Assad the dictator, then obviously that is a retrograde step”. Yet the FSA no longer exists!

As Robert Fisk explained (Independent 4 October): “Washington admitted their disappearance, bemoaned their fate, concluded that new “moderates” were required, persuaded the CIA to arm and train 70 fighters, and this summer packed them off across the Turkish border to fight – whereupon all but ten were captured by Nusrah and at least two of them were executed by their captors.”

In reality there are 20 or more opposition groups fighting Assad, funded by Qatar, Saudi Arabia, Turkey and the UAE all with a sectarian, Sunni Islamist character.

US imperialism remains the most powerful imperialist country on the planet, but it is a declining world power. Its complete inability to ‘police the world’ as it did in the past is graphically demonstrated in Syria.

Putin feeling confident to launch airstrikes in support of Assad is only one indication of this.

It is also shown in how US imperialism has been left as ‘piggy in the middle’ between the Sunni regimes funding the fighters against Assad and Shia Iran which has sent 15,000 troops to back the Assad regime.

British imperialism adding its puny weight as a ‘piglet in the middle’ would make no difference to the unfolding nightmare.

That is not to suggest Isis cannot be defeated. On the contrary its underlying weakness has been shown by the military successes won by the predominantly Kurdish YPG and YPJ who have established a territorial base in Northern Syria.

Within limits it has shown that when anti-Isis fighters link their military struggles to appeals for national liberations and social change it is possible to win victories.

However, these successes rely on the heroic action of guerrilla units rather than on the democratic, mass, multi-ethnic mobilisation of the people themselves.

There is a danger this can lead to the driving out of non-Kurds in some cases, as has been reported to have taken place by Amnesty International and Patrick Cockburn, although this has been denied by the YPG.

Even if these incidents are rare and not widely endorsed they are a potentially very dangerous development. In addition the political leadership of the YPG/YPJ still express hopes that Western imperialism will act in their interests.

Western imperialism has shown again and again that it has no interest in the genuine aspirations for self-determination for any national or ethnic grouping.

However, it has repeatedly leant on one group to try and defeat another, creating the sectarian nightmare that now exists.

The working class and poor farmers of Iraq and Syria and the Kurdish people can only rely on their own self-organisation to put an end to this nightmare.

United non-sectarian self-defence of threatened communities and minorities is vital, and can be an important lever through which a grass roots movement fighting for socialist change can be rebuilt.

By standing uncompromisingly against all imperialist forces, local reactionary regimes and sectarian death squads, and supporting the rights of self-determination for all communities, such a movement could find mass support among the regional and international working class.

In turn, workers’ organisations internationally need to spearhead movements against imperialist intervention in the Middle East.

The Socialist Party stands for: 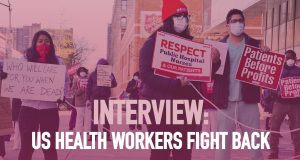