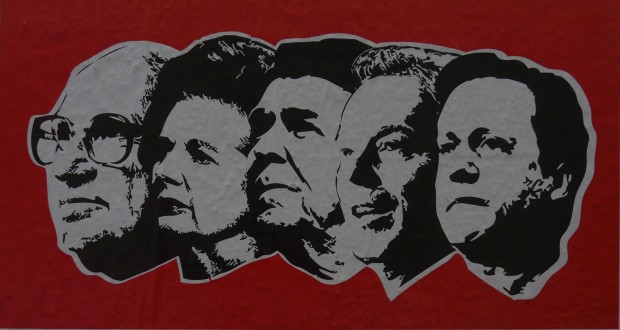 Neo-Liberalism: The 1%’s war on our living standards

On 11 September 1973 the democratically elected left government of Salvador Allende was overthrown in a CIA backed coup led by General Augusto Pinochet.

An estimated 30,000 Chilean socialists, trade unionists and young people were killed by the Pinochet regime and many more were imprisoned, tortured and exiled from their homeland. Side by side with these barbaric abuses of human rights came a brutal onslaught on the living standards of the Chilean working class and poor.

From 1973 onwards, Chile, along with most Latin American countries that were under iron heel of various brutal military dictatorships, became a laboratory for the policies that became known as neo-liberalism. These policies included slashing social expenditure, privatisation of public services and assets and attacks on workers’ rights and conditions, essentially removing any barriers for capitalism to profit at the expense of the 99%.

The economic advisors to the Pinochet were the infamous “Chicago boys”, economic technocrats that were educated and trained in the economics department of the University of Chicago under Milton Friedman. Friedman and fellow economist Friedrich Hayek had espoused neo-liberal dogma since the 1950s, but it was not until the mid-1970s onwards that his ideas gained widespread traction amongst significant sections of the capitalist establishment.

In the post war period, capitalism underwent a period of sustained economic upswing globally particularly in the United States, Western Europe and Japan resulting from the enormous destruction of cities and industry during the Second World War. Under the massive pressure of a militant and organised working class, capitalism was forced to make reforms that significantly raised the living standards of the majority in society. These included the introduction of free health and education, the expansion of the welfare state and full employment as well a notable rise in wages and improvement in working conditions.

However this “Golden Age” of capitalism came to a stuttering halt as the unprecedented period of economic growth gave way to the economic crisis of the 1970s. As their profit rates fell, the capitalist class and their representatives sought to find a way out of this crisis by dismantling the gains working class people had achieved in the post war period. This fundamentally is why they embraced the policies of neo-liberalism.

Outside of Latin America the most notable champions of this squeezing of the living standards of the working class were Ronald Reagan in the US and Thatcher in Britain. The latter privatised a whole range of state owned utilities and council housing as well drastically cutting back on spending on the welfare state and public services.

This constituted an attack on the “social wage” of working class people within society so that taxes on big business and the super-rich could be slashed. Combined with this, both sought to drive down wages and conditions in the workplace and in their jargon create a “flexible labour market” by attacking the organised working class in the form of the trade union movement.

These attacks on our living standards, that have now been universally embraced by the traditional parties of capitalism globally as well the former social democratic parties such as the Labour Party in Ireland, have massively accelerated inequality. This explains why the ratio between the wage of a CEO and a US worker is today 331 to one, while in 1965 the figure stood at 20 to one. Since the late 1970s real wages in the US have stagnated or declined.

In Europe the crisis of capitalism that has engulfed the continent in the last number of years has been used to drive through enormous attacks on the living standards of working class people.

Austerity policies have resulted in a further transfer of wealth from the majority in society to the banks and major bondholders. In the next coming years Greece will be expected to privatise €50 billion worth of its assets.

De-industrialisation, lack of investment, rising inequality and the lowering of living standards have all been features of capitalism in the last number of decades and illustrate its’ deeply parasitic nature. We have been told, in the words of Thatcher, “there is no alternative” to a capitalist economy where this one-sided, neo-liberal class war is being waged.

However there is a ­growing and instinctive understanding by working class people globally that an alternative is needed. This alternative must be building what James Connolly called “the great anti-theft movement”, a socialist movement to challenge the rule of the 1% who are plundering our world for power and profit. 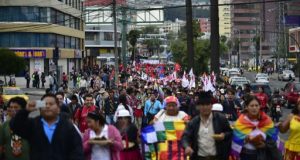 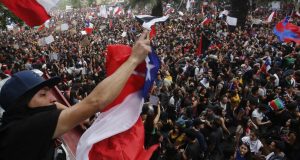