The ‘independent’ banner is attractive as it intimates ‘independent of the establishment’ which chimes with the widespread disgust at Fianna Fail, the Greens, Fine Gael and Labour – architects and implementers of economic crisis, bailouts for bankers and the 1%, and austerity for the 99%.

This impulse represents potential to fight for real change, but it’s not automatic that this will happen. What’s needed is the building of a clear left. At the core of the justified hatred of the parties of the establishment is that these parties represent the interests of the 1%, the interests of the profiteers and big business.

That goes for Fine Gael and Fianna Fail, and also for the sell-out Labour Party. This is incompatible with the interests of the majority in society. It’s the right wing; those that worship at the altar of the markets, those that accept the neo-liberal orthodoxy that means the removal of all barriers to making a profit, whose policies have caused economic crisis and mean unending austerity today.

The emergence of populism

Many of the most articulate Independents in the Dail are of a ‘populist’ character, with both left and right tinges. Populism could be described as reflecting moods that exist amongst the mass of people in society, but lacking in a clear political programme as your backbone. When this is the case, we can expect any such individual to bend to the status quo if in power.

As an example of a right-wing populist, Shane Ross TD, who has received credit for stinging rebukes of the parties of the establishment, was in fact a cheerleader for Anglo Irish Bank during the boom, and is a former stockbroker himself. Ross supports a neoliberal vision of capitalism with minimal taxes on or state regulation of business.

Clare Daly TD, who can make powerful criticisms of the Government on issues, typifies left populism. Tending to highlight the incompetency of the individual actors, rather than any overarching systemic criticism of the right-wing ideology and practice that’s at the heart of the matter. From the outset of the introduction of the water charges, Daly, like Joan Collins TD, did not vocally or consistently raise the need for an organised boycott of the charge unlike Socialist Party and AAA TDs Joe Higgins, Ruth Coppinger  and Paul Murphy although this has changed more recently.*

There are huge lessons from what has developed with Syriza in Greece. Despite the strong anti-austerity stance this left political coalition had taken, the tyrannical pressure exerted on Syriza by the Troika meant that only two Syriza MPs voted against a package of €13 billion in austerity and privatisation measures, despite the 61.5% mandate Syriza received to say ‘No’ in a popular referendum only days before.

The programme of the Syriza leadership was inadequate, as to break with austerity in this era means being willing to take anti-capitalist measures. Tsipras favoured a slower route to change and the institutions of capitalism blocked this. It will take much more than an anti-austerity rhetoric or populism, or even an individual’s genuine desire for change, in order to achieve it: programme is key.

The obvious limit of being an ‘Independent’ is how can one person, or a loose connection of individuals without any cohesive programme make fundamental change? The water charges movement’s strength has been that it has actively engaged hundreds, thousands and even tens of thousands in political protest and community organising.

A new major political force of the left will be built by having political discussions with and amongst all those who’ve been activated and politicised by this movement. There can be no Chinese Wall between the active struggle and the theory behind challenging austerity.

Within that, Socialist Party activists will raise the need for a clear left, anti-capitalist and socialist vision to guide and empower the working class and all the victims of austerity in making real change.

* In the original article that appears in July/August edition of “The Socialist” and that was published on this website we wrote “Daly, like Joan Collins TD has shied away from clearly advocating non-payment of the water charges.”

We believe this statement to be correct but have changed it to qualify what we mean by the failure of Joan Collins and Clare Daly not to put forward a clear non-payment position. 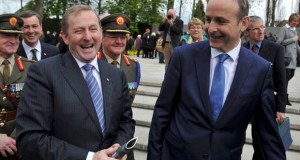 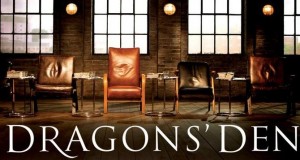