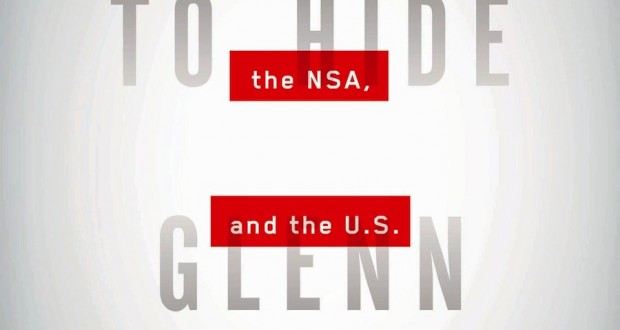 This powerful, gripping and incisive book was first published on 13 May 2014. Glenn Greenwald and, of course, his star whistleblower, Edward Snowden, have done a tremendous service in revealing the unimaginable scale of surveillance and repression being perpetrated in the USA, Britain and other countries. My regret is not reading this work when it was first published.

Greenwald details the drama that unfolded over the release of Snowden’s revelations. He also debunks the myth that surveillance should only be of concern to those acting in the wrong, and he fully exposes the role of the corporate media in protecting the interests of the surveillance state and its rich and powerful backers.

The sheer scale of information being collected on the world’s population by the US National Security Agency (NSA) and its collaborating security services in other countries revealed by the Snowden leaks is staggering. NSA collects data from billions of emails and phone conversations. A branch of the NSA, Global Access Operations, in a one month period collected data on three billion calls and emails.

In fact, so much information is collected it is impossible for the security services to use it all. GCHQ complains they have not enough storage space to house what they have intercepted.

Life is richer than fiction: the real life events that involved Edward Snowden and Glenn Greenwald and the publication of these revelations have all the drama and excitement of the best international master spy novel.

Snowden first contacted Greenwald on 1 December 2012. He made it clear he wanted no gain or publicity from his actions and “did not want the story to be about him”. He wanted to “spark a worldwide debate on privacy, internet freedom and the dangers of state surveillance”.

The book reveals the motives of Snowden and his political evolution. It speaks volumes about the effects that modern day capitalism is having in shaping the outlook of even those sections of the middle class who are in the employ of the system – in Snowden’s case the state machine – the CIA and NSA.

Snowden concluded: “When marginalised youth commit minor infractions, we as a society turn a blind eye as they suffer insufferable consequences in the world’s largest prison system, yet when the richest and most powerful telecommunications providers in the country knowingly commit tens of million felonies, Congress passes our nation’s first law providing their elite friends with full retroactive immunity – civil and criminal.”

The 29-year old Snowden emerges as a highly intelligent and honest individual who is motivated by a very strong sense of what is just. As a result of his experiences, Snowden reached important conclusions. Like many Americans, 9/11 drove him initially in a more ‘patriotic’ direction. In 2004 he joined the US army and saw the Iraq war as a “noble” objective to remove a dictator. However, during training he heard more talk of killing Arabs than removing a dictator. It disillusioned him and he was discharged after breaking both legs in training.

However, he believed in the “goodness of US government”. By 2005 he became a technical expert with the CIA. Through this he gained access to secret files. He watched drone surveillance of people they might then kill and the NSA tracking the internet as people typed. What he saw repelled him.

Initially he had high expectations that the election of Obama would see things change especially on the issue of state surveillance. However, these hopes were dashed and he drew more radical conclusions. “Then it became clear Obama was not just continuing, but in many cases expanding these abuses. I realised I couldn’t wait for a leader to fix these things.”

Greenwald quotes Snowden’s powerful statement: “the true measurement of a person isn’t what they say they believe in, but what they do in defence of those beliefs.”

Snowden revealed himself as a whistleblower, risked his long term personal relationship, (with a partner who was unaware of his action in order to protect her), gave up a $200,000 yearly salary and secure living in Hawaii and faced the threat of imprisonment or worse in “defence of his principles”. Snowden did this fully aware of the personal consequences.

The reality of the Obama administration led to massive disillusionment, and in turn to a large part of US society looking to the left and to socialist ideas, which was reflected in the election of socialist Kshama Sawant to Seattle city council in 2014. Glenn Greenwald recently called for Kshama Sawant to be re-elected.

Obama, as Greenwald explains, used the Espionage Act 1917 (which was introduced to round up opponents of World War One) to prosecute more government whistleblowers than any other US administration! Obama used a Presidential directive to prepare offensive cyberspace operations.

One of the repressive pieces of legislation used by successive US administrations has been the Foreign Intelligence Surveillance Act (FISA) introduced in 1978. This establishes a secret court which makes secret rulings on government actions and interventions. It was this Orwellian regime which finally allowed Verizon Business to hand over to the NSA the phone records of tens of millions of US citizens.

Greenwald outlines how he had to confront state harassment and repression during his work with Snowden. Laptops mysteriously disappeared from his home in Rio, encryption equipment sent to him by from abroad was held for “reasons unknown” at border controls – all part of this real life intelligence drama.

The vast international web of the surveillance state and collaboration with other states’ security services, like the GCHQ listening station in Gloucestershire England, is exposed.

The use of “anti-terrorist” legislation against legitimate protesters and others is also clearly shown. The arrest of Greenwald’s partner, David Miranda, at London’s Heathrow airport is an illustration of how such legislation can be used. Miranda was arrested using anti-terrorist legislation which defines terrorism as an action “designed to influence a government and is made for the purposes of promoting a political or ideological cause.” Thus it can cover any political opponents of a government.

The book gives many examples of how the fear of surveillance can also be used as a weapon to intimidate people from expressing their opinions or joining protests. It is all part of the “elites fortifying their power”, as Greenwald puts it, in the face of growing opposition and protest following the economic crisis and greater turmoil which exists internationally.

Greenwald is scathing about the role of the pro-establishment media outlets and house trained journalists. He denounces what he refers to as “middle-of-the-road-ese” which always gives great weight to official claims. The New York Times and Washington Post never speak about US methods of torture in Iraq but only refer to “interrogation” techniques.

Greenwald also spells out the conscious attempts to discredit whistleblowers or journalists, to sow doubt and demonise. It was done to both Snowden and Greenwald. Greenwald was branded a “loner” who “can’t keep friends for long”. He was referred to as a “blogger” or “activist” to attempt to downgrade the significance of what he has revealed. Some even demanded his imprisonment should he return to the USA. Snowden was dismissed as “unstable”.

The significance of this book – what it reveals about the nature of the surveillance state, the fourth estate (mass media) and the ruling elite should not be underestimated. Maybe all of the conclusions have not been drawn about how a mass movement can be built to combat heightened surveillance and repression, and the elite it is aimed at protecting.

However, the publication of this book and Snowden’s revelations are a tremendous assistance to those working to build such a movement. Do not miss the opportunity to read it, to help understand what the 1% are doing to try to defend their interests. It is also a testimony to the determination and courage of people like Edward Snowden to expose what they rightly think is wrong. 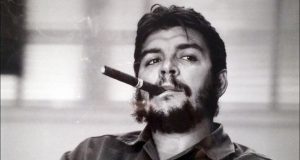 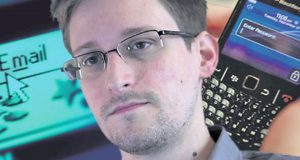