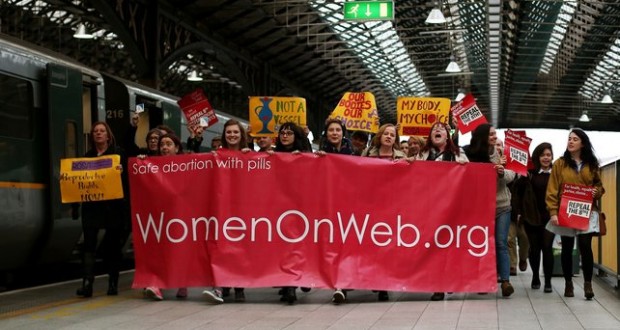 Speaking after claims made by the Labour Pary that they will Repeal the 8th Amendment if returned to office, Ruth Coppinger TD said:
“The fantastic vote for social progress in the marriage equality referendum has put Repeal of the 8th Amendment firmly on the agenda. However, the claims by three Labour Ministers that they will Repeal the 8th if people vote for them is hollow, insulting and manipulative.
This is a party which has had no less than four chances to Repeal the 8th Amendment, but didn’t do so. There were massive demonstrations for abortion rights following the tragic death of Savita Halappanavar – the opportune time to propose an Amendment – but Labour supoorted the disastrous Protection of Life During Pregnancy Act and a 14-year jail sentence for women!
Labour trooped in to vote down a Bill on Fatal Foetal Abnormality only two months ago and a Repeal the 8th Bill moved by the Socialist Party only two weeks ago. How can they be taken seriously?
We’d have to assume their promises will go the way of Labour’s other promises on the likes of water charges and child benefit.
Labour at last sees the tide is going out for the oppression of the past and there is a chance to jump on the bandwagon and pose as advancing equality and women’s rights. But it is highly manipulative of women and young people when all their actions of the past four and half years suggest otherwise.
Why should women have to wait for the highly unlikely event of Labour being returned to government? If Labour really mean it, they can insist in government that a referendum is held in the Autumn for deletion of the 8th Amendment to give women real equality and control of our own bodies. The huge radicalisation that has taken place in society was demonstrated in the marriage equality referendum.”