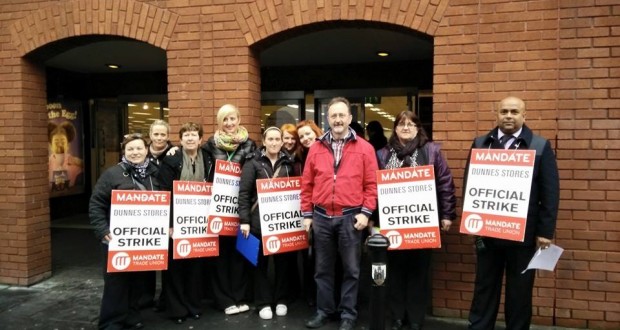 Ruth Coppinger TD said “The Anti-Austerity Alliance and the Socialist Party fully support the strike action taken by Dunnes Stores workers across the country today. We are calling on people to support this important strike by not passing the pickets today and to stand in solidarity with the workers.

“Dunnes Stores is a major, profitable company which is using low-hours contracts to maximise its profits.”

Paul Murphy TD said “This strike is an important step in the fight against the return of 19th century working conditions through the spread of low hour contracts, like the 15 hour contracts many Dunnes workers are on, and the increased use of zero-hour contracts. These contracts have been used by management as a weapon to punish and bully workers through the withdrawal of hours from one week to the next.

“Dunnes Stores is an anti-trade union employer. In 2005 they suspended a worker for wearing her union badge. This strike is also about defending the right of workers to unionise.”

Joe Higgins TD said “Today’s action is a great step forward but may or may not be sufficient to force movement from the company. If it isn’t, it poses the need for further action sooner rather than later. A follow up of two days’ strike action or more would serve as a real demonstration of the workers’ seriousness about winning this campaign. Growing solidarity, backed up by financial support for escalated action will, like the successful action in 1995, chip away at the company’s resolve. As has been demonstrated with the struggle against the water charges determined action and militant tactics can achieve results.” 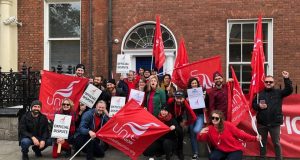 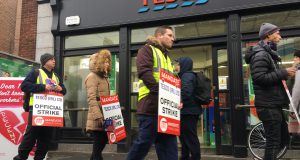 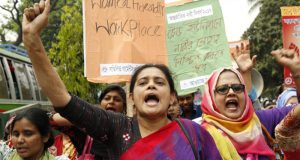