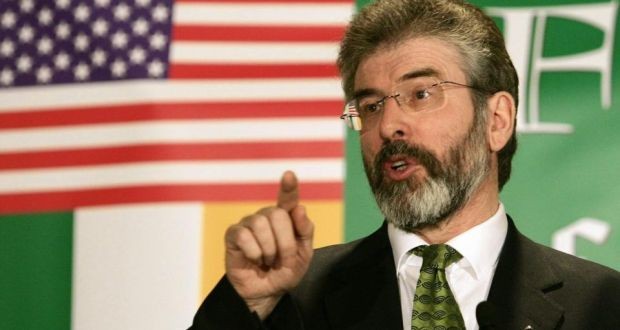 Why is Big Business showering Sinn Féin with money?

Last November, Friends of Sinn Féin held a dinner at the fanciest hotel in Manhattan, raising $350,000. The image of stinking-rich people dining in the Times Square Sheraton, each forking out thousands to Sinn Féin, doesn’t sit well with the left-wing, “champion of the people” image that Adams and co were acting out at their Ard Fheis.

But it’s nothing out of the ordinary. In the last 20 years Sinn Féin has raised over $12 million (€10.7 million) in the US. Of the top ten biggest donors, nine are construction company bosses, top executives and Wall Street gamblers.

Just as working-class people tend to support higher wages, more funding for services and higher taxes on the rich, so big business owners obviously tend to support the policies that work in their interests: privatisation, cutbacks, layoffs, deregulation and corporate welfare. Bosses who are overflowing with sentimental feelings about the country their great-grandfather was born in are no exception.

This point is very important because we’re not talking about some isolated eccentrics here. Some of the biggest companies in the US, including what must be a sizeable chunk of the New York construction industry, are showering gold upon Sinn Féin. They have confidence that Adams and co, behind the rhetoric, represent their interests, not ours.

The fact that Sinn Féin also got a fraction of the money from some US trade unions doesn’t prove anything. We know from bitter experience how the SIPTU bureaucracy stood by the Labour Party through year after year of attacks on workers.

“Too left wing for their tastes”

What Sinn Féin say to the plutocrats they want money from is most likely very different from what they say to the working class people they want votes from. Like a scene from a comedy, these two worlds collided recently when Adams, McDonald and others met with some of the party’s American donors who were concerned that its policies might be too left-wing for their tastes.

I would have given a lot of money – a donation of Sinn Féin proportions – to have been a fly on the wall listening to Adams and co soothing the worries of these bosses. I don’t know what they told them, but it worked; the bosses seem to have left the meeting satisfied. Either Sinn Féin turned a gang of hardened Wall Street traders into anti-austerity firebrands in the course of a two-hour presentation, or else they convinced them that Sinn Féin is really on their side.