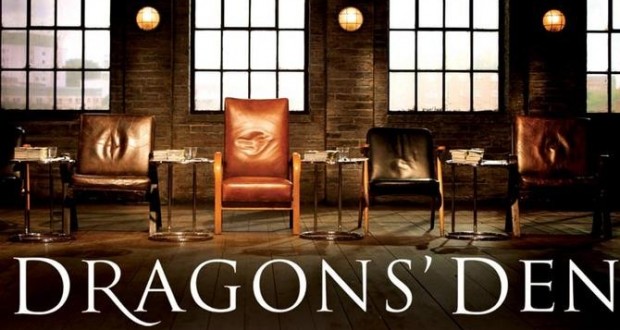 Somewhere along the line, we’ve all heard these arguments in favour of capitalism:

progress is based on competition, risk taking and innovation – capitalism encourages risk takers and rewards them;we might need state ‘enterprise’ for essential infrastructure like water and electricity but, in the area of new technology, the dynamism of the private sector will always outperform the bureaucratic, stodgy, risk averse state.

Mazzucato’s book begins with a quote from The Economist (April 21, 2012) which, unsurprisingly, demeans the role of the state and extolls the entrepreneurial philosophy:

“Governments have always been lousy at picking winners, and they are likely to become more so, as legions of entrepreneurs and tinkerers swap designs online, turn them into products at home and market them globally from a garage. As the revolution rages, governments should stick to the basics: better schools for a skilled workforce, clear rules and a level playing field for enterprises of all kinds. Leave the rest to the revolutionaries.”

Maria Mazzucato is no socialist but, in this book, she unwittingly provides a great service to socialists. She does this by undermining the myth of the capitalist entrepreneur or revolutionary garage tinkerer as being at the heart of innovation and, conversely, she points to the key role played by the state in developing new technology. Along the way, she shows that the state has been pretty good at picking winners.

“Evidence abounds of the state’s pivotal role in the history of the computer industry, the Internet, the pharmaceutical-biotech industry, nanotech and the emerging green tech sector. In all these cases, the State dared to think – against all odds – about the ‘impossible’: creating a new technological opportunity; making the initial large necessary investments; enabling a decentralized network of actors to carry out the risky research; and then allowing the development and commercialization process to occur in a dynamic way.” (p.21)

Thus, the algorithm that led to Google’s success came from a grant from the US National Science Foundation; molecular antibodies (providing the foundation for biotechnology before the arrival of venture capital) were discovered in Medical Research labs in the UK; and most innovative young companies in the US were funded by public venture capital such as that provided by the Small Business Innovation Research programme.

It is unusual to see the word “visionary” being used to describe the investment/research role of the state. That usually is reserved for the entrepreneurial heroes of popular mythology like Steve Jobs (Apple) or Marc Zuckenberg (Facebook).  However, Mazzucato explains that the discovery of the Internet and the emergence of nanotech did not come about because the state was filling some kind of void, i.e. substituting for a private sector that knew what it wanted but was unable to provide the resources to get it.

It is not an original idea to say that state intervention, rather than “the invisible hand” of the market, has been the driving force behind much economic growth. Historically, the role of the state has been to articulate the interests of the capitalist class as a whole, to create and foster the conditions for profit making and capital accumulation. This, at certain times, has not precluded nationalization of key industries, bailouts, subsidies and tax incentives to make things happen which wouldn’t happen if market forces were left to their own devices. But since the 1970s with the advent of neoliberalism, there has been an ideological and hypocritical offensive against the state.

On the one hand, the state is proclaimed to be an obstacle, its regulatory and bureaucratic weight sucking the lifeblood from those businesses looking to throw off its shackles so that they can innovate and market new products. On the other hand, these same businesses have no qualms in leeching off the technology derived from the long, costly and often ground breaking research that has taken place in public facilities. At the same time, in this era of globalization and financialization, they are not averse to biting the hand that feeds them by seeking out jurisdictions where they pay minimal taxes. Mazzucato calls it an “unfortunate” consequence of modern day capitalism – that risks are socialized while rewards are privatized.

The myths of the entrepreneurial private sector

Mazzucato cites 2 academics who claim that “government funding for early stage technology firms is equal to the total investments of ‘business angels’ and about 2 to 8 times the amount invested by private venture capital”. In the biotech field, Mazzucato observes that many venture backed companies “end up producing nothing, yet make millions for the venture capital firms that sell them on the public market” (p.49). In other words, it should come as no surprise to learn that that venture capital rather than being venturesome is, first and foremost, profit loving.

We live in a knowledge economy  – just look at all the patents.

It is true that there has been a massive rise in the number of patents but there is little evidence to connect this rise to any actual increase in innovation. i.e. new products and processes. Mazzucato argues that many of the recent trends in patents for things like ‘research tools’ have caused the rate of innovation to fall “as it blocks the ability of science to move forward in an open exploratory way”

The state as the leading risk taker

Not all innovations are equal and not all lead to economy-wide growth. If you were to examine the sources of overall R&D funding, the private sector seems to be doing more than its fair share – 67% in the US in 2008. Yet that figure hides the fact that business only contributes 18% to basic research, the rest coming from the state, universities and other non-profits. Basic research, where “real-world” applications are not immediately apparent, is important for the development of what are called general purpose technologies.

Mazzucato cites research that large scale and long-term government investment has been the engine behind almost every General-purpose technologies (Technologies that change production and society) in the last century. These include aviation, space, Internet, IT and nuclear power.  Private companies have a short term outlook – they will usually only invest in new products over a 3 to 5 year time frame. It is difficult for them to justify to their shareholders large investment in long term, basic research. This is compounded by the fact that much of the required research is interdisciplinary which is incompatible with many corporate structures (Mazzucato, p.84).

Even at a micro level, government is key – between 1971 and 2006, 77 out of the most important 88 innovations (rated by R&D Magazine’s annual awards) have been fully dependent on US federal research support, especially, but not only in their early phases. Mazzucato argues that,

“not only has the government funded the riskiest research, whether applied or basic, but it has indeed often been the source of the most radical, path-breaking types of innovation. To this extent it has actively created markets, not just fixed them” (my emphasis).

The pharmaceutical industry is a classic example illustrating the differences between private and public research. Big Pharma justify their exorbitant prices on the grounds that they have to cover high R&D costs yet the really innovative and socially useful drugs do not come from private pharma. New drugs are classified in two categories – new molecular entities (NMEs) and variations of new drugs. According to Mazzucato, 75% of NMEs trace their research to the publicly funded National Institutes of Health labs in the US. These labs have invested in the riskiest phase of research while Big Pharma have preferred to invest in the “me too” drugs, i.e. variations of existing drugs which may simply have a different dosage. And where there is genuine innovation, Big Pharma’s research priorities are market driven such as bringing out drugs for diet, hair loss, sexual dysfunction, etc.

The mythology of Apple and its products has been fostered by a media construction around Steve Jobs and his “innovative spirit”. Much quoted phrases from one of his speeches are “pursue what you love” and “stay foolish”.  All very well, but as Mazzucato argues, “without the massive amount of public investment behind the computer and Internet revolutions, such attributes might only have led to the invention of a new toy.” First, Apple received direct financial help from public funding sources when it set up business in the 1970s. Second, there would be no iPhone if not for previously developed public technologies – the Internet, GPS, lithium-ion batteries, microprocessors, multi-touch screen, SIRI, click-wheel, liquid crystal display.  Apple’s ingenuity or innovation does not lie in developing new technology but in integrating existing technology into “an innovative architecture”

The Case for Socialism

Taking the evidence as presented, one could easily conclude that all that is needed is for everyone, especially business, to recognize and embrace the crucial role of the capitalist state in initiating and developing new technology. One could also conclude that the Marxist argument of capitalism outliving its usefulness is wrong, that the capitalist state can be the motor force to drive and rejuvenate the whole system.

A cursory look at capitalism over the last 40 years shows how false this notion is. While the state has been driving much of modern tech in this time, it has also presided over a period of booms and slumps including the most serious recession since the 1930s. It has allowed an economy to become dominated by finance capital that is less interested in real production and more into turning a quick buck through derivatives, sub-prime mortgages and hedge funds. While a relatively far sighted wing of the capitalist class recognizes the importance of the state for investment and innovation, the reality is that this group is not running the show. Capitalism still remains a profit based system. The entrepreneurial elements in the capitalist state may, at certain times, be able to prod, push and bankroll the unadventurous, risk averse capitalists but these same elements are not in a position to resolve the inherent contradictions of the system itself.

The next “big thing” in technological innovation is expected to be around nanotechnology – the manipulation of matter on an atomic, molecular and supra-molecular scale. It requires cooperation and coordination among a variety of interdisciplines such as physics, chemistry, materials science, engineering and computer simulation. To date, it has been governments again that have shown themselves to be the visionaries in financing nanotech research. But nanotechnology has so far failed to create a major economic impact because of an absence of commercialization of the new technologies and some critics have called on the government to fill the void. This prompts Mazzucato to ask, “if government has to do the research, fund major infrastructure investments and also undertake the commercialization effort, what exactly is the role of the private sector?” (p.86)

Exactly. The argument for socialism could not be clearer. Socialists are not interested in commercialization of technology in the sense of producing a product that will make a profit for an individual capitalist through clever marketing. We are for the development of new products that will benefit the mass of humanity. So, in the field of nanotech and other technologies, a socialist society would not only promote international scientific cooperation; it would also devote resources to producing useful and safe applications from that research. What has been achieved already through international scientific collaboration, e.g. the CERN particle accelerator project  could be multiplied a hundred times if, from start to finish,  technique and resources were harnessed with a view to producing for need rather than having an eye for future profit.  The virtue of Mazzucato’s book lies in showing that the potential is already there for achieving this. For if the existing capitalist state can – in a limited way – innovate, jump start projects and bring the best scientific minds together across disciplines and borders, imagine what could be achieved in a democratic, socialist society.