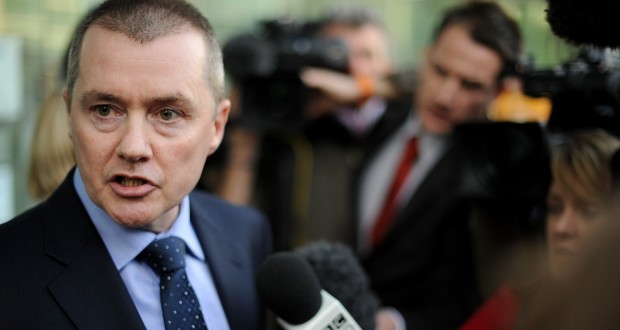 Willie Walsh’s International Airlines Group (IAG) is still bidding for control of Aer Lingus as The Socialist goes to press.

Should IAG succeed in its endeavours Aer Lingus will be 100 percent privatised following its 75% privatisation under the previous Fianna Fail-led administration.

Willie Walsh is a ruthless capitalist with a track record of smashing any obstacle in the way to maximising profits for corporate shareholders.

As boss of British Airways Walsh announced the axing of 1700 cabin crew in 2009 and suspended 80 and sacked 13 in the ensuing strike.

Under Walsh’s ruthless management British Airway’s parent company International Airlines Group has seen profits soar. Their pre-exceptional operating profits for 2014 have soared 80% to €1.39bn and are expected to climb to €2.2bn in 2015.

Walsh’s reputation has gone before him and he has attempted to pre-empt criticism of his takeover bid by offering various guarantees in advance.

The key guarantee he has given is that under IAG control Aer Lingus slots at Heathrow will be used to serve only Irish routes for 5 years.

A 5 year guarantee even if honoured means that the use made of the slots after that point would depend entirely on what was good for IAG’s corporate shareholders.

The Aer Lingus board openly supports the IAG takeover bid. Board members stand to make €30 million in share bonuses from a sale.

There also seems to be support for the bid from within the trade union establishment at Aer Lingus. Despite being censured by Aer Lingus unions, the secretary of the Central Representative Council Myles Worth has voiced his support for the plan.

Former Labour Minister Pat Rabbitte has openly come out in favour of 100 percent privatisation. His views are no doubt shared by colleagues at Cabinet level but with an election looming Ministers have had to be more wary.

As we go to press, Transport Minister Paschal Donohue says that he would be more open to a deal if the guarantee were extended to 10 years. The Government seem to be planning to “split the difference” if Walsh shows a willingness to move on his 5 year offer. All the arguments against a 5 year guarantee apply in the case of a 7, 8 or 10 year deal as well.

Pressure must be put on government

Workers at Aer Lingus and the communities served by Cork, Shannon and Knock should resist very strongly moves to sell the Government stake in Aer Lingus. Pressure should be applied on both Government parties and, in particular, the vulnerable Labour Party.

Aer Lingus should be brought into public ownership based on an elected board of working class people working in Aer Lingus and those who use the service. It could be run in a fundamentally different manner to the bureaucratic way it was run when it was a state company and is the only way to safeguard against it being pawned off to the likes of Willie Walsh.