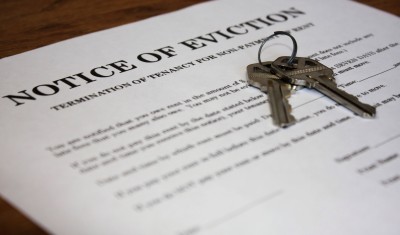 The Anti-Austerity Alliance has today responded to comments made by Taoiseach Enda Kenny on the increase in home repossessions being lodged by banks and the inaction of his government:

Ruth Coppinger TD said: “There are bills for repossession lodged on 1,673 family homes in Dublin alone, and 7,000 nationally. The Irish Mortgage Holders Association are predicting 25,000 by the end of the year. This is a crisis situation which needs decisive action by the government.

“The Taoiseach has said that this government has done a lot for people threatened by banks yet he has failed to do the one thing which can solve this problem. The government must immediately introduce a ban on repossessions by banks and economic evictions by landlords. The homelessness crisis which has seen people die on our streets hasn’t got better, it is getting worse. Just before Christmas there was over 1,000 people including nearly 700 children in emergency accommodation in Dublin. This scale of repossessions will potentially put thousands more people into this situation.

“Last week we had the farce of Gorse Hill that saw teams of reporters keep up an almost 24 hour surveillance of a mansion while on a daily basis people are being evicted yet this is not news worthy.”

Councillor Mick Barry for Cork North Central said “The banks have been sitting on repossessions for the last couple of years waiting for prices to increase to make repossessions more worthwhile for them. Repossessions by banks should be met by community based protests to prevent evictions. Does the right of banks to clear what they consider to be ‘bad loans’ off their books override the right of people to a home?

“Last week we heard that AIB, a state-owned bank had moved back into profitability. The profits which these banks are in a position to make because they were bailed out by the tax payer should be put to use in writing down people’s mortgages to what they can afford. This option poses the choice of what role we want banks to play – have we bailed them out to sell them off to the highest bidder or can we fundamentally change the role they play in society as public utilities companies? They could be used to provide socially useful services rather than chasing profits.”