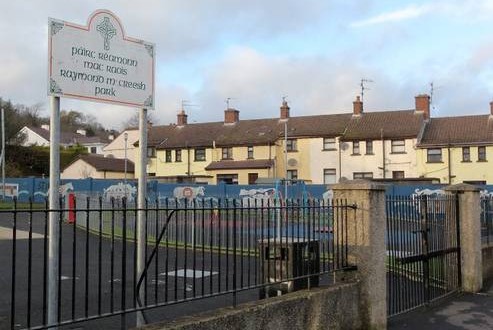 In 2001, a childrens’ play park in Newry was named after hunger striker Raymond McCreesh. The move remains intensely controversial to this day. In recent weeks sectarian politicians from Sinn Fein and the unionist parties have clashed repeatedly in the council chamber, on the airways and in the press on the issue.

Sinn Fein have defended the naming of the park on the basis that the local community in the area of the play park are supportive of the move. There probably is majority support in the immediate environs of the park, but there is also fierce opposition from the Protestants in the wider Newry area.

The issue is very emotive. For many Catholics, McCreesh is a heroic figure. Even those who did not support the IRA campaign acknowledge his personal courage. This does not mean that all Catholics support the naming of the park. Many see the move as unnecessary and provocative.

It is a simple fact that the name of the park offends many Protestants. Some are particularly incensed by unproven allegations that McCreesh was involved in the Kingsmill massacre in which ten Protestant workers died.

In disputes of this nature, it is often forgotten that there is a third point of view. In Newry, as everywhere else in the North, there are many who believe that we have more in common than divides us. This view is represented by socialists and consciously anti-sectarian trade unionists.

The argument that the majority in any area decides on divisive issues on a winner takes all basis is extremely dangerous. It is a recipe for confrontation and conflict. It is not just in Newry that councils are in sharp dispute. In recent weeks, Craigavon District Council has voted to fly the union flag every day of the year. The new Mid-Ulster Council has voted to ban the wearing of the poppy on council property.

The endless disputes over sectarian issues are leading in the direction of the sectarian “cantonisation” of Northern Ireland. Every town and village, every estate and street is effectively designated as either Catholic or Protestant. Sometimes, visible markers are not required to stake out territory-usually when an area is not contested. Sometimes areas are marked out with flags, murals and painted flagstones.

The naming of streets is another way of claiming territory. There are numerous place names in the North which are one-sided. Most of these are associated with the past dominance of unionism and barely register with locals.

Simply arguing that a place-name is acceptable if the majority of the local community is in favour is not a way forward if the name is likely to cause offence to the minority community locally. Nor does the way forward lie in the wholesale re-naming of streets and roads as the sectarian colouration of an area changes from Protestant to Catholic or vice versa.

The workers’ movement should argue for and promote dialogue and compromise on the issue of place names as on all other divisive sectarian issues. Compromise to avoid increasing tensions is only a temporary measure however. It is also necessary for the workers movement to promote an alternative view of our history-a view which exposes the rotten role of the British ruling class and of the sectarian politicians and the paramilitaries. We should argue for the focus to be on the unsung men and women who have struggled for workers’ rights and against sectarianism. They are the heroes who should be remembered by name, not those who have contributed to division and stoked conflict.