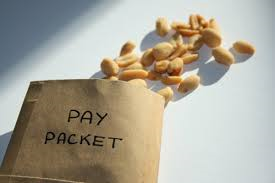 Low Pay Commission – A bad start and likely to get worse

· Taoiseach on €3,500 a week preaching to the working poor

Anti-Austerity Alliance TD Paul Murphy said that the Low Pay Commission got off to a ‘bad start’ after Taoiseach Enda Kenny said he was ‘very much so’ worth €3,500 a week.

Paul Murphy TD “The photograph of the Taoiseach sitting at a table with a ‘Low Pay Commission’ placard at the front while saying he is ‘very much so’ worth €3,500 a week encapsulates the so-called recovery in Ireland.

“Workers, the unemployed and poor have been preached at by people like Kenny, Burton and IBEC about an economic recovery for the last year, about growing GDP figures and bumper profits for companies. While in the real world that the majority of people live in wages are stagnant, the minimum wage has become the maximum wage, rents are skyrocketing and workers despite working full-time are struggling to survive.

“This was a very bad start for the Low Pay Commission. Many low paid workers may have had their expectations raised by the announcement but the fact is that the commission will not be able to meet these expectations. The Taoiseach said any pay increases will be incremental, I would add that IBEC will battle against them and they will not just be incremental but minimal.

“The minimum wage must be a wage by which people can have a good quality of life, a living wage has been estimated at €11.45 an hour and this should be the level at which the minimum wage is set.” 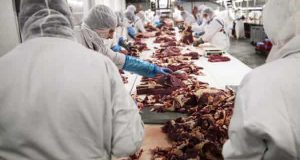