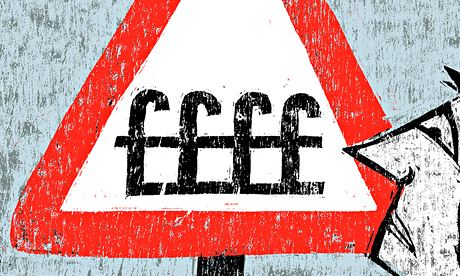 In 1910, James Connolly wrote his celebrated pamphlet Socialism Made Easy. As well as playing a leading role in assisting working class people to organise for their basic rights, both he and Jim Larkin sought to popularise the ideas of socialism as an alternative to the rule of the bosses.

The pamphlet sought to answer the criticisms of socialism by representatives and apologists for capitalism in the press and political establishment. One such criticism he sought to refute was the following:

“Would you confiscate the property of the capitalist class and rob men of that which they have, perhaps,  worked a whole lifetime to accumulate?

We would certainly confiscate the property of the capitalist class, but we do not propose to rob anyone. On the contrary, we propose to establish honesty once and forever as the basis of our social relations. This Socialist movement is indeed worthy to be entitled The Great Anti-Theft Movement of the Twentieth Century.”

When Socialist Party TD, Ruth Coppinger, recently called for the nationalisation of Dell, it was met by universal shrieks of horror and derision from all the major media outlets and political parties.
Fianna Fáil TD, Dara Calleary said that public ownership would lead to the loss of 160,000 jobs as, he argues, investment from multinationals and the private sector generally is key to creating economic growth.

How do we answer this question?

Firstly the hypocrisy of a representative of Fianna Fáil decrying nationalisation should not be lost on anyone. His party in government was prepared to nationalise banking debt equivalent to 36% of Ireland’s GDP, resulting in the near bankruptcy of the state. Apparently, it makes sense to take over the debt created by bankers and developers but we cannot do the same with the resources and wealth created by the labour of working class people over generations.

The strike of capital

Secondly, relying on the capitalist class to invest their profits to generate economic growth has proven to be a futile exercise. Today private sector investment as a proportion of GDP in Ireland is the lowest in the EU. Essentially, capitalism has gone on strike.

Socialists stand for any reform that will improve working class living standards and fight any austerity measure that is imposed on us. We also stand for increasing taxes on big business and the super-rich. However we cannot limit ourselves to such a set of policies.

Whatever victory we may gain in the short term, in the long term the system will come back and seek to undermine our conditions. Almost twenty years after the abolition of water charges in 1996, we are being forced again to wage a battle against plans to re-introduce them and experience has shown how large companies can find many elaborate ways to avoid paying some sort of a wealth tax.

Private ownership of wealth has failed

Therefore, if our needs are to be met we must “confiscate”, in Connolly’s words, the wealth we create from the ruling class. The private ownership of society’s resources, from the banks to big business has proven to be a failure. We should not forget how Dell, the company at the ­heart of Ruth’s “controversial” comments, helped to directly and indirectly destroy 5,000 jobs in Limerick in 2009.

We need to fight for these resources to be publicly owned with working class people at the heart of planning, controlling and managing the economy. A movement fighting for such a programme will be worthy of the title of the “great anti-theft movement” of this century.