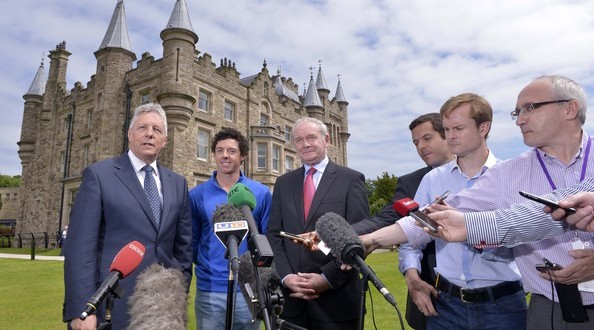 Northern Ireland: Draft Budget is a neo-liberal programme of austerity

The passing of the Draft Budget by the Stormont Executive has blown apart the pretense of opposition to cuts by the politicians in the Assembly. By voting for the Draft Budget, the DUP and Sinn Féin are agreeing to make horrific cuts to vital services at a time when they are needed most.

The phoney “opposition” to “Tory Cuts” as espoused by Sinn Féin in particular was nothing but a cynical exercise to somehow rid themselves of responsibility for their actual support for austerity in passing the Draft Budget. The reality is this is a budget of Stormont cuts. Approximately £640m is to be cut from services from next April. No services will be left untouched. Even though the politicians claim that funding for our health service is ringfenced it is obvious to everyone that the service continues to see damaging cuts such as the closure of the MS unit at Dalriada Hospital in Ballycastle and the effective running down of Bangor Hospital.

While the DUP and Sinn Féin voted for the Draft Budget, none of the other parties in the Executive are opposed to the cuts. The UUP and Alliance Party abstained while the SDLP voted against. But all these parties have and continue to implement the cuts in each of their respective Departments. Their real reason for not voting for the Draft Budget is down to political opportunism and not any principled objection to austerity. If the parties in the Executive were genuinely opposed to austerity and cuts to services, they would refuse to make cuts.

As this edition of The Socialist details, this Draft Budget is a neo-liberal programme to cut more than 6,000 jobs, inflict real term pay cuts, and reward big business in the guise of the Investment Fund, the acceleration of “reform” (ie. privatisation) of services and to retain major subsidies to big business. While they may have decided to retain the deferral of water charges for now, none of the parties in Stormont are in favour of abolishing water charges. Even the Green Party who try and portray themselves as being on the Left have come out demanding the introduction of water charges! The return of prescription charges, the removal of free travel for older people and other benefits gained by ordinary people are also under threat.

The impact of this Budget has the potential to devastate the local economy. 6,000 public sector jobs could be an underestimation but the effect of this on the private sector will lead to more job losses, particularly on the service sector. The so-called recovery has only touched a small minority. Construction activity in Northern Ireland has hit a new low. If Stormont’s austerity is unchallenged, the social consequences for ordinary people will be intolerable.

Instead of building a new society where poisonous problems of sectarianism, racism and inequality are tackled, Stormonts austerity will only exacerbate these problems. But a powerful movement of ordinary working people, Catholic & Protestant, young people, the unemployed and oppressed minorities can take a stand and fight Stormonts cuts. That is where the Socialist Party will be – on the side of working class people, not the wealthy elite.