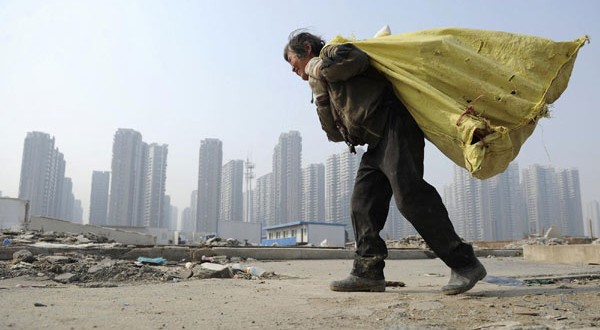 A report recently published by Credit Suisse has found that inequality has now reached a record high. The report has found the richest 1% of people now own 48% of the world’s wealth, while the bottom 50% – roughly 3.5 billion people now own less than 1% of it. Inequality of this scale has not been seen since the Great Depression.

This is due to the fact that while stock markets are roaring and corporate profits are at an all-time high, working peoples’ wages have remained stagnant for 30 years. This astonishing inequality has been made worse since the global recession of 2008. While bankers and big investors have been bailed out and are now back to making massive profits ordinary people have been made to pay for their gambling debts.

Crippling austerity imposed across Europe and the U.S has meant a further decrease in peoples’ take-home pay. Privatisations and taxes on essential items such as water have made inequality much worse.

This echoes an Oxfam report recently published that found that the 85 richest people in the world now own as much as half the world population. Oxfam wrote that this is largely because in recent years, “Those least able to afford it have played for the financial crisis”. A new movement demanding an increase in the minimum wage, progressive taxation and the right to organise unions for all workers, linked to a struggle against the capitalist profit system, is now what is required to combat this growing inequality.