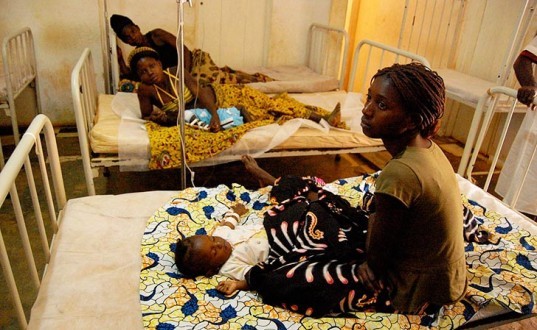 “This [ebola] is the moral bankruptcy of capitalism, acting in the absence of an ethical and social framework” John Ashton, president of the UK Faculty of Public Health.

Thirty-eight years ago, a deadly disease took its first victims in West Africa: Ebola. Since then, intermittent outbreaks have claimed thousands of lives.

The disease once again reared its ugly head, this time with even more threatening consequences: nearly 5,000 people have died of Ebola in West Africa alone, with experts predicting that we are now on the verge of a pandemic.

In the words of Dr. Margaret Khan, the Director General of the WHO “I have never seen a health event threaten the very survival of societies and governments in already very poor countries.” Since then, Sierra Leone’s meagre infrastructure has buckled under the onslaught of the disease. The announcement that infected patients will be treated at home, because there is no longer the capacity to treat them in hospitals, is a surrender which did not have to happen.

No investment in cure

This crisis has once again exposed the inability of institutions such as the WHO to provide an adequate response. The Bill and Melinda Gates Foundation, the biggest funder of the WHO (bigger than any state!) may appear to be a saviour when it provides $300 million to the WHO budget, but those dollars come with strings attached. Dr Chan admitted as much when she said, “My budget [is] highly earmarked, so it is driven by what I call donor interests”.

But let’s come back to the fact that Ebola is around for 38 years. 38 years without a cure, without investment in research for a cure, for a vaccine. Is the healthcare industry not supposed to respond to exactly this type of threat to keep us all healthy and safe? What about this stuff about private capital being flexible and efficient in responding to our needs? Dr Chan, the woman who runs the WHO for Bill Gates, puts it this way: “Because Ebola has been, historically, geographically confined to poor African nations. The research and development incentive is virtually nonexistent. A profit-driven industry does not invest in products for markets that cannot pay.”

The facts back her up: between 2000 and 2010, 336 new drugs were developed, but only four of them were for what are known as neglected tropical diseases.

Only now, as Ebola threatens to affect the advanced capitalist countries, is there a sudden interest in developing a cure –­ promptly reflected in the stock prices of for instance Tekmira Pharmaceuticals, the Canadian-based drugs firm that some investors seem to think is leading the pack on Ebola research. Tekmira shares rose a massive 180% from mid-July to October, with most of the share-price action coming when the virus jumped to Europe and the US. (Guardian 17/10).

Our health – the health of all human beings, regardless of wealth, skin colour, geography – is too precious to leave in the hands of profiteering sharks who are incapable of looking beyond their immediate self interest. The pharmaceutical industry must be taken into democratic public ownership so it can be run in the interest of public health, not private profit.

The outbreak of Ebola has prompted daily media reports and a series of meetings and statements by the likes of the EU, WHO and the US government.

This is in contrast to the total lack of response to the huge number of people dying in Africa from preventable and treatable illnesses.

Malaria is an entirely preventable and treatable illness – yet more than 560 000 died of it in 2012 in sub-Saharan Africa alone.  In the same year, 230 000 people in Africa fell victim to tuberculosis, which is even more dangerous in combination with HIV / AIDS.

The death rates are also so high because of the widespread malnutrition and poverty. This  is especially true for children, sadly 32 out of every 1000 new borns die soon after and another 63 do not make it to their first birthday. Many women do not survive childbirth as skilled health personnel are not present during more than half of all births.

The health systems in Africa generally are totally insufficient only 2.6 doctors, 12 nurses or midwifes, and 0.8 hospital beds per 10 000 people! 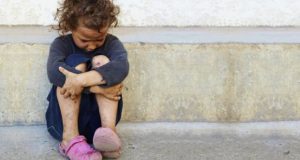