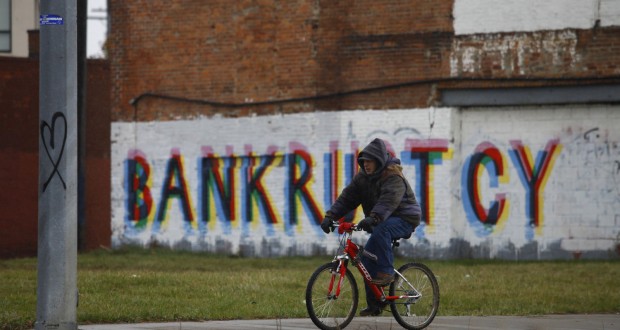 Capitalism: A future of austerity & stagnation

“MORE THAN five years after the onset of the financial and economic crisis the world economy is still weak, with growth in most key regions remaining below pre-crisis levels. Unemployment rates in the OECD remain high and productive capacity in the region has deteriorated.”

This bleak picture of the world economy is taken from the opening lines of a report recently written by the OECD (Organisation for Economic Cooperation and Development) entitled “Policy Challenges for the Next 50 years”.

Projecting into the future the report concludes that the average annual growth in global GDP (Gross Domestic Product) between now and 2060 will be a meagre 3%. This does not compare favourably with growth rates in the period from 1996 to 2010 which averaged at 3.4% on a yearly basis. For the advanced capitalist countries, the so-called developed countries that make up the OECD, the growth rates are lower still at 2.7%.

“The best of capitalism is over”

Even these figures are optimistic according to Channel Four News economics editor Paul Mason. He argues that given that the productivity boost from information technology has probably been spent these growth rates could be as low as 1%. He concludes that:

“The OECD has a clear message for the world: for the rich countries, the best of capitalism is over. For the poor ones- now experiencing the glitter and haze of industrialisation- it will be over by 2060.”

Of course the fundamental flaw of the OECD’s analysis is the assumption that there will be unending growth in the world economy until 2060 echoing the arguments of former New Labour Prime Minister Gordon Brown who contended in the late 1990s that capitalism had overcome its boom bust cycle. Needless to say this illusion was dashed with the onset of the “great recession” in 2008.

This report has not been written for the purposes of academic interest, but as a warning to the capitalist class internationally and to advise them on how to deal with the deep structural problems their system faces.

Naturally, among their prescriptions to this crisis is more austerity and privatisation. In short, it is the working class who must pay the price for a failed capitalist system.

The OECD’s dire warnings of capitalist stagnation and its consequences have been echoed by representatives of corporate Ireland, namely former Taoiseach and chairman of the IFSC (Irish Financial Services Centre) John Bruton in a speech he gave to prominent bankers in New York last month. In it he said:

What Bruton is alluding to here is the fact that the countries of the capitalist “West” are facing increasing competition from low wage “emerging economies” such as China and India. Working class pay and conditions, he believes, must be sacrificed so that the profits of corporations in the US, Europe and Japan can be maintained.

Allied to this argument, Bruton tells us of the need for governments to make “difficult adjustments” in both the US and Europe as far as social expenditure is concerned. This is the euphemism and cliché that we have heard on countless occasions from  the apologists and advocates of various austerity programmes.

Interestingly Bruton also tells us that the dismantling of the welfare state will have to progress further and it is “completely unaffordable” and that “promises will have to be broken”. Basically he is repeating a similar statement he made in May that we now face “a decade of austerity” and talk of austerity ending by the political establishment is just fanciful.

Fight for a socialist future

Throughout Europe the parties of capitalism are on cue with the same message. After more than half a decade of crisis, austerity and falling living standards, we are now told there is light at the end of the tunnel, as economic growth and a better future beckons for us all.

Of course, these peddlers of snake oil have little choice but to bombard us with this spin and propaganda. As in Ireland, the traditional establishment parties in Europe received a drubbing in recent elections as workers, the growing army of the unemployed and young people punished them for dutifully carrying out savage cutbacks to social expenditure and privatising public services at the behest of big business and the banks.

However the above reports and statements by those representatives of our ruling class who will not face the daunting challenge of going before an increasingly radicalised working and middle class electorate offer us a different glimpse of our future.

The crisis of the last five years and erosion of our living standards that has gone with it was not a blip.  It is the by product of a system that not long outlived its usefulness to humanity.

We can’t accept the future that the ruling class of our globe is offering us. A radical socialist alternative that can give the 99% a vision of how society can be run has never been more urgent.