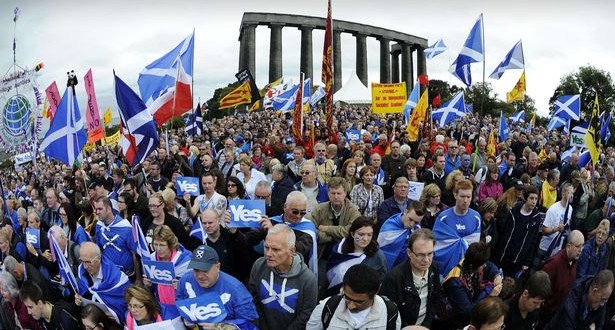 In the teeth of a ferocious campaign from the British capitalist establishment, the independence campaign in Scotland won the support of more than 1.6 million people in Scotland, overwhelmingly from the working class, securing 45%. No won with 55%. According to the YouGov polling organisation support for independence stood at 24% in January 2014. This increased by 21% in nine months as hundreds of thousands of working class people poured into the Yes camp seeking fundamental change and an escape from austerity.

There was a very real threat of a Yes majority in the 10 days before the vote which rocked the capitalist establishment to its foundations. However, a combination of panicked late promises of more devolved powers for Scotland and the unleashing of “Project Fear on steroids” by big business, the capitalist media and the Tory, Labour and Lib Dem parties, to save their class interests, secured a No majority.

The fact that so many working class and young people people refused to be cowed and voted Yes reflected the desire among the “victims” of austerity to use the referendum as a weapon to hit back at the political establishment.

The charge of intimidation aimed at Yes supporters, and made by Labour and the bosses’ press, is farcical. Project Fear was real intimidation. As is the savage austerity that is destroying working class lives and communities day-in and day-out.

Moreover, the immediate legacy of this brutal intervention by the capitalist class is a radicalised and energised working class in Scotland who have been “educated” as to the lengths that the capitalist elite are prepared to go to defend their own interests.

The overwhelming mood of those who’ve voted Yes is naturally disappointment, but also that the fight against cuts and for a new political future for Scotland goes on. Indeed, that the momentum needs to be stepped up in the aftermath of the referendum.

Many of these angry and energised working class people can be won to socialism and to a new mass working class party in Scotland. This task of establishing a new political force for the working class is something that socialists and trade unionists need to urgently turn their attention to following the referendum.

Illustrating this mood, Socialist Party Scotland received this text from a 22 year-old from East Kilbride just after the result: “Disappointed with the result but it has helped me make up my mind, so I have sent you an application to join your party. I am 100% behind the Socialist Party”

A colossal 3.6 million voted in the referendum, an 85% turnout which broke all records. The turnout in working class areas was unprecedented. In housing schemes across Scotland it reached 70% plus. This compares with average turnouts in council elections of 25-30%. Hundreds of thousands of working class people voted Yes, seeking an escape from brutal austerity and the capitalist political elite who are implementing these cuts.

Some workers did vote No, many reluctantly, when faced by the tsunami of threats and blackmail by big business and the media that jobs would go, companies would relocate to England and that working people would be worse off under independence.

The media was overwhelmingly savagely hostile to independence. Only one newspaper in Scotland, the Sunday edition of the Herald, supported a Yes vote. The naked bias of the BBC caused outrage and exposed the corporation as an arm of big business interests. The failure of the SNP leaders to respond to these attacks, emphasising their desire to cut taxes for big business and seeking a currency union that would have caught an independent Scotland in an austerity trap, left the propaganda of Project Fear largely unanswered.

Another key factor in the result was a lack of confidence in the SNP leadership’s proposals for an independent Scotland, which were predicated on a continuation of capitalism and no clear end to cuts. The lack of trust and confidence in Alex Salmond and the SNP was continually expressed by many during the campaign. Most people, when polled, believed that Scotland and their own families would be worse off economically under the SNP’s version of independence.

Had a mass working class party existed it could have mobilised far greater support for a Yes vote based on a clear policy to end austerity, for public ownership, a living wage etc. That means a socialist Scotland that would deliver for the millions rather than the millionaires. The turnouts and mass enthusiasm for Tommy Sheridan and the Hope Over Fear tour, which Socialist Party Scotland played a leading role in, underlines that potential.

It’s urgent that moves to build a new mass party are taken now to provide a new political home for the working class. If there is a delay in this development there is a danger that the opportunity can be lost and the pro-capitalist SNP can gain instead. Even Labour, despite its betrayals, could pick up short-term electoral support in the Westminster elections next year, when the question of removing the Tories from government is posed.

The example of Spain and the rise of Podemos in the recent European elections, which came from nowhere to receive millions of votes, shows what is possible. The authority built up through the Hope Over Fear tour means Tommy Sheridan, alongside socialists, trade unionists in the RMT and others, could help launch a new party that could build rapidly

As Socialist Party Scotland predicted the referendum was used as a weapon by huge numbers of working class people to protest against the political elite and the austerity they are inflicting on communities across the country. There was therefore a marked class differentiation in the vote.

The more affluent middle class and rural areas of Scotland voted heavily for No. As did a big majority of the over 55’s. While the turnout was high across Scotland, it was at its highest in middle class and rural areas that were mobilised to try and ensure the defeat of a Yes majority. This included areas where the SNP have had their traditional base of support.
Empty victory

The outcome of the referendum is ultimately an empty victory for the capitalist class and the political elite. It has ushered in a new and unstable situation for British capitalism. The conceding of more widespread powers for Scotland is now unavoidable. Demands for more devolution for Wales and Northern Ireland will also increase, as will calls for forms of devolution in England.

As the BBC’s Andrew Marr commented: “What started as a vote on whether Scotland would leave the UK has ended with an extraordinary constitutional revolution announced outside Downing Street by the Prime Minister.”

But the issue of Scottish independence has not been “settled for a generation” as claimed by Cameron. The demand for another referendum will grow. Especially following the Westminster elections in 2015. All the main parties, including Labour, will continue with austerity and Tory cuts.

Labour have lost the working class

Most importantly, this referendum has exposed the erosion of support for the main parties of big business, in particular the Scottish Labour Party. The Tories and the Lib Dems are almost an extinct species in Scotland. But Labour’s base of support among the working class will have been undermined even further by acting as the main prop for Project Fear and working hand-in-glove with the Tories. As one NHS worker put it to us; “Labour saved the Union, but it lost the working class.”

Incredibly, Labour’s leader in Scotland Johann Lamont described the vote as a “victory”. Labour’s former working class base has been decimated and they will not be forgiven for the role they have played.

The limitations of the pro-capitalist SNP leadership has also been exposed. The potential for a new mass working class party in Scotland has grown enormously during this campaign. Urgent and concrete steps need to be taken to capitalise on this in the weeks ahead.

There will be both disappointment and a real and lasting anger among thousands of working class people at the outcome of the result. Protests and demonstrations are likely to take place in the next few days.

The feeling that the media, big business and the political establishment need to be taken on will grow in the aftermath of the referendum. There is no possibility that the huge radicalisation of working class people that has taken place through the referendum will be dissipated as long as this mood and combativity is built on. 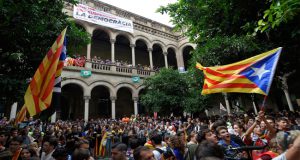 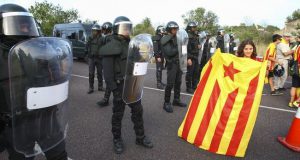 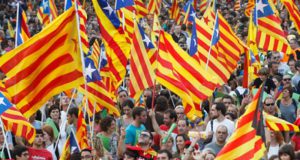