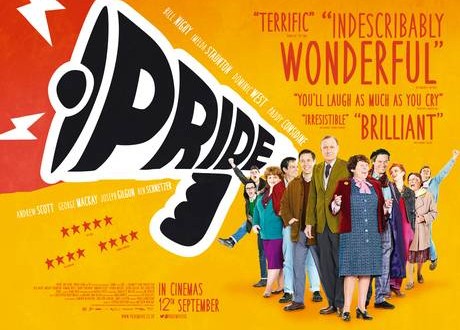 The film Pride is set against the backdrop of the miners’ strike during the Thatcher era in the 1980s. It is a light-hearted comedy that manages to give an uplifting sense of solidarity between the miners on strike and the LGBT community.

The film opens with the Solidarity Forever anthem and this message is echoed throughout the film. Despite the easy-going humour it doesn’t take away from the serious issues surrounding the miners’ struggle nor the attacks facing LGBT people at the time. It was directed by Matthew Warchus and written by Stephen Beresford. The film is based on a true story which gives an immense sense of hope to the kind of struggle needed today.

The film follows the developments of the “Lesbians and Gays Support the Miners” campaign, which was initiated by a small group of activists in London. The premise of setting up the group was that they understood what it was like to be victimized by the media, harassed by police and attacked by Margaret Thatcher and her homophobic, anti-worker government. They began raising money for the miners and soon began an unlikely alliance with a small mining village in Wales. The film give an insight into how the LGBT activists managed to win the hearts of the majority of the mining village and in turn the miners and their close-knit community defended their comradeship and spoke out against homophobia.

We get snippets of the personal lives of both LGBT activists which included coming out to families and everyday homophobia, as well as the harshness of the miners’ strike on families. At one point, Mark Ashton a young gay activist who was central to setting up the LGSM, makes a passionate speech after seeing the severity of the impact of the miners’ strike on families. The community responds by singing Bread and Roses and it’s impossible not to become enraptured by this sense of unity and comradeship between the groups.

As the media began to attack this alliance the LGBT activists decided to reclaim the use of the word “pervert” by holding a “Pits and Perverts Ball” to raise a significant amount of money for the miners.

The film ends with a heart-warming scene set during the Pride march of 1985 with the miners from South Wales and the LGSM side by side leading the march. This witty film has made sure that an often overlooked piece of history is not forgotten and highlights the common struggles that different oppressed groups can face; a message that can benefit the struggle today. 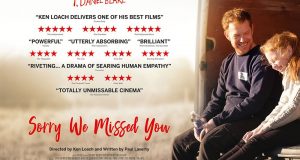 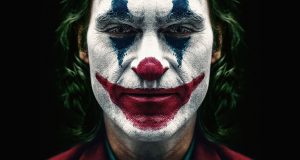