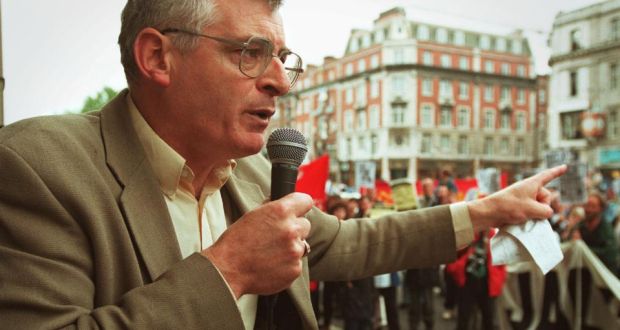 I allowed my name to stand as a candidate for the Technical Group vacancy on the banking Inquiry and that was agreed at today’s meeting of the group.

The government’s actions in cobbling together a majority on the Committee has been unbelievably crude and hamfisted. However, while this has shown to the world the cynical manoeuvrings that go on among the establishment political parties in the Oireachtas as they jockey for advantage, it fundamentally changes nothing. All parties understood that the government was always going to use its Dáil majority to have a majority on the Committee.

More profoundly, for me, the problem is that the Committee is composed of a huge majority of the political establishment enquiring into the actions of the same establishment in the run up to, during and after the banking crisis. I would favour an investigation representing the ordinary people of the country, including representatives of the victims of the property bubble and crash, but that was not going to happen with this government.

My clear view was that there was an obligation on me to offer to go on the Committee of Inquiry in order to be in a position to call to account those who were in positions of responsibility in politics, banking and construction before, during and after the banking crisis.

There should be no question of this being a very narrow task limited to the bank guarantee of 2008. It is my firm view that there must be an investigation of the blowing up of the property bubble and the speculation and profiteering that accompanied it.  The principal actors and the responsible regulators must be questioned. But also it must be considered why commercial, profit maximisation operations should be allowed to use the basic right to a home to be a subject for obscene profiteering and why the financial markets are accorded unquestioning mastery over the finances of supposedly sovereign states.

With regard to the bailout the role of banks must be investigated, the role of the political authorities at the time but also the role of the European Central Bank and the Troika in pressuring the Irish State to underwrite the private losses of private institutions. All the secret correspondence between the State and the European authorities, phone conversations and any other form of contact must be revealed.

The role of the present government in continuing the policy of bailout and austerity must be examined. In particular there must be an elucidation of the alleged threats of the ECB made to Minister for Finance Noonan and the government in 2011 if they forced some bondholders to take losses.

Obviously participating in this Enquiry is an enormous personal undertaking requiring a huge work load but, in justice, that is owed to all those who individually suffered from the relevant events of the last fifteen years or so but also to the ordinary people in our society – middle and low income workers, the unemployed, pensioners and young people – who have been forced to shoulder the burden of this manifestation of capitalism.