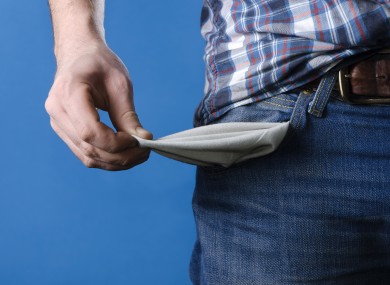 Despite the government and media’s attempts to sell the mantra of recovery, the reality is that the living standards of working people continue to be squeezed. In particular, a story of the crisis which is being completely ignored is the rise of the working poor and the development of a low pay economy.

Between the first quarter of 2013 and 2014, the cost of rent has risen by 9% nationally, and 14% in Dublin. Food prices have risen by about 4%. Austerity continues to bite people, with the Water Tax coming down the line. But there has been no corresponding increases in wages, and workers cannot make ends meet.

Workers in Ireland need a raise, and in particular low paid workers. An increase in the minimum wage from the current rate of €8.65 to €11, as a step towards a real living wage of €13 would have a huge impact on working class families.

Bosses’ organisations will argue that they cannot afford it. But wages in Ireland are 14% below the EU-15 average and profits have increased by 21% since the crisis began.

The reality is that the poverty of working people is paying for these increased profits. If the talk of ‘recovery’ is to mean anything, workers, and the trade unions, must now demand a living wage and wage increases across the economy. A dramatic increase in the minimum wage would be an important starting point for this.