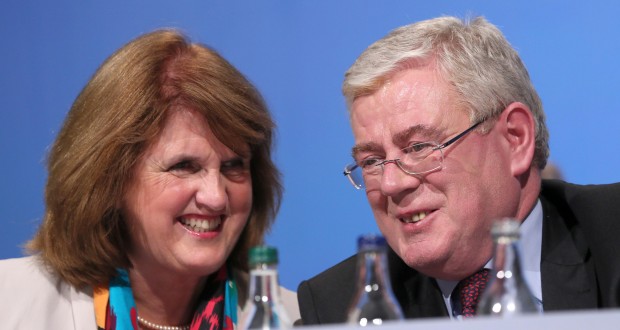 An opinion Poll in early June showed the Labour Party with 4% support nationally. This is a measure of how comprehensively that party has disappointed those who voted for it in the 2011 General Election.

They had hoped that the Fianna Fail/Green Party disastrous bailout/austerity programme would be halted and a change of policy implemented by any government that would include Labour. Instead they got a total sellout.

The poll follows the drubbing which the Labour received in the Local and European elections, losing 81 councillors and the three seats won at the 2009  European Parliament election.

In the 1970s and 1980s the Labour Party went into coalition government with Fine Gael and in the 1990s with Fianna Fail for two years and then, without an election, with Fine Gael and Democratic Left for two and a half years. In each of these four governments, Labour betrayed the hopes of those who had voted for the party and implemented right wing economic policies in the interests of the capitalist establishment but hitting working working class people hard.

In coalition governments, the Labour leadership fulfilled their careerist ambitions, becoming Ministers and always proved themselves to be loyal servants of the capitalist establishment. When their disappointed voters cast them back into the opposition benches they began to work their way back up for the next coalition to repeat the process all over again. This they were able to do by putting on a more radical and combative face in opposition over four or five years and, on that basis, getting a few extra percentage points in the subsequent election. This allowed them to crawl back into government again in the subsequent election.

There is no chance that this kind of business as usual can be repeated by the Labour Party in current political circumstances. The ground that Labour lost while in government used to be reclaimed by the party while in opposition. That ground is now firmly occupied by Sinn Fein with its austerity critical stance and by the Socialist Party, The Anti Austerity Alliance and People Before Profit as well as some independents.

Labour is facing a very serious melt-down in the next general election which is less than two years away at most but may happen long before that. The two contenders for the leadership of the party in the wake of the resignation of Eamon Gilmore as party leader won’t be able to change that in any fundamental way.
Joan Burton as Minister for Social Protection has been central to implementing the government’s austerity programme, hitting the most economically vulnerable people in society. Minister of State, Alex White, is equally compromised in the Department of Health particularly in the wake of the scandal of the removal of medical cards from many people with very serous illnesses.

The media is generally tipping Burton to win the contest which will present her with the most poisoned political chalice ever claimed by any party since the foundation of the State!  However, she will desperately cast around for some way to try and salvage something from the looming wreckage of the party. We can therefore expect plenty grandstanding as she tries to win back support. Burton could easily seize on some issue that presents, or manufacture one, declare that “austerity had reached its limits” and walk out of the government pretending that it is taking a principled stand.  While this might save few seats the reality is that most people would see it for the cynical ploy that it would be and Labour will suffer badly.

The current situation points up the need for the building of a new movement that can grow into a mass party that takes principled Left stand, seeking to advance the interests of working class people by leading a drive to transform society replacing the dead end present system with a socialist alternative. The Socialist Party is working with the Anti Austerity Alliance to bring this about. 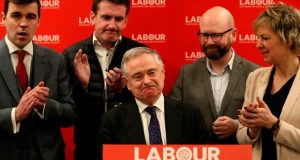