The misogynistic massacre of Santa Barbara, California is yet another horrific expression of a society that is based on the constant oppression of women. However, this expression of hatred also triggered a massive backlash.  A storm of tweets around the Twitter hashtag #YesAllWomen showed not only deep rooted anger but also the potential to build a powerful mass movement against sexism. The enormous outcry reveals that, together, we DO have the power to resist hate crimes against women, end domestic violence, and fight for equal rights in workplaces – and to fight for a new society based on gender equality, social justice, and solidarity – a socialist alternative to the oppression we experience every day in capitalist society.

A horrifying massacre took place last Friday in Santa Barbara, California. Elliot Rodger, the 22-year-old son of a once-wealthy Hollywood producer, stabbed three people to death in his apartment before driving to a nearby sorority and shooting two women there. He then drove around town shooting at people, killing one more and injuring 13, before taking his own life.

Perhaps the most horrifying part of this tragedy are the youtube videos and 141 page “manifesto” posted by the young man before the attack. The manifesto clearly reveals a combination of sexist, racist, elitist ideas that produce an overwhelming sense of entitlement and disregard for others. It expresses violent hatred towards all women for not giving him the attention and sex he felt entitled to.

He also proclaimed hatred for all men who were “inferior” to him, including those with less money or darker skin, who received attention from women. He believed it was his right, as a descendant of a once-wealthy British noble family, to lead a life of privilege and constant gratification. With his desires for sex and female attention going unfulfilled, Elliot considered men from lower class backgrounds (and in particular men of color) getting female attention to be a grave injustice against him personally. He referred to his killing spree as “The Day of Retribution” for these supposed offenses. In his own words, “How could an inferior, ugly black boy be able to get a white girl and not me? I am beautiful, and I am half white myself. I am descended from British aristocracy. He is descended from slaves. I deserve it more.”

While the actions taken by Elliot are a rare extreme manifestation of misogynistic hatred, the ideology behind them is frighteningly widespread. Elliot was a member of numerous internet communities devoted to disparaging and manipulating women, including The Red Pill, PUA (Pick Up Artists), and MRA (Mens Rights Activists). These groups have grown rapidly since 2000, uniting themselves under the umbrella term “The Manosphere” (Jeff Moniker, “The New Misogyny,” Daily Kos). This is just one of many frightening developments undermining the progress won by the women’s movement in earlier decades.

Film critic Ann Hornaday suggests that another influence on the development of Elliot’s twisted worldview was the narrow gender stereotypes still ubiquitous in Hollywood culture. “Indeed, as important as it is to understand Rodger’s actions within the context of the mental illness he clearly suffered, it’s just as clear that his delusions were inflated, if not created, by the entertainment industry he grew up in,” says Hornaday.
Of the top 250 movies released out of Hollywood in 2013, only 15% had female protagonists (Martha Lauzen, San Diego State University). Among the male protagonists, sexual fulfillment is a nearly universal theme (Hornaday).

“If our cinematic grammar is one of violence, sexual conquest and macho swagger – thanks to male studio executives who green-light projects according to their own pathetic predilections – no one should be surprised when those impulses take luridly literal form in the culture at large.” The gender disparities we see on-screen are also mirrored by the disparities that exist among the ranks of studio executives and producers. In 2013, only 16% of the individuals holding these positions were female, an almost identical figure to the percentage of female protagonists (Lauzen).

In capitalist society, we are also endlessly bombarded by corporate advertisements that prey on our insecurities to get us to buy products, and in the process,  our values and images of ourselves, particularly gender roles, are constantly distorted and manipulated. Corporate ads try to make women think they need to focus almost exclusively on their sex appeal, while implying that successful men have access to lots of money, power, and sex.
The investors who control Hollywood, the music industry, and the booming Internet porn industry exploit women and male consumers for their profit, making it appear to men that it is completely natural to view women as nothing more than objects of men’s sexual pleasure. These are just some of the many complicated ways that the capitalist elite have twisted our society’s values and created an unequal, alienating society.

Although entirely inexcusable, Elliot’s violence and extreme entitlement were not, as some reports would argue, merely a result of his own mental illness or innate evilness. Our entire capitalist society is in crisis, barely recovering from the worst economic depression since the Great Depression, and the crisis is having devastating social consequences. The widening chasm between the super-rich elite and the rest of us not only harms the working class and the poor who are most directly suffering from declining economic conditions. The intense social pressure to succeed in the “rat race” affects all communities, including young people from wealthy backgrounds like Elliot Rodger.

In our society, children are schooled in the values of capitalism – to compete for power and to push ahead of others at any cost. The pressure to conform to corporate-created roles is growing ever more intense. This results in more kids failing and escalating levels of depression and mental issues, particularly among adolescents who feel alienated and scapegoated, who see little solidarity with their communities or fellow human beings. For the most desperate and frustrated, the culture of gun violence promoted by the movie industry, the video games industry, and the military can become an attractive way out.

Clearly there was a complex web of factors at play that led to Elliot taking the lives of six people – a wealthy and privileged upbringing, the racist, sexist, and hypermasculine culture of the corporate media, and a sexist, alienating capitalist society in crisis all played a role in this tragedy. How do we respond to such a complex problem?

We can start by taking a lesson from our mothers and grandmothers. The women’s movement of the 60’s and 70’s made incredible gains by organizing on a mass scale and demanding far-reaching social change, but it has since retreated from mass organizing and focuses almost exclusively on working within the established legal and political framework. This retreat has allowed room for devastating attacks on previous gains, including the defunding of Planned Parenthood, strict anti-abortion laws popping up across the country, and an epidemic of sexual violence on college campuses (being shamefully mishandled by school administrators and police). A similar decline is being suffered by workers and people of color in the form of stagnant wages, pension cuts, and job losses as unions have also moved away from militant mass action.

If we want to push back against the wave of misogyny we are living through today, we need to reinvigorate the fighting roots of the women’s movement and use the same tactics that won us victories before – mass protests, marches, walk-outs, and rallies.  The #YesAllWomen rallies being organized around the country are a great start. (Please look on Facebook or contact us to find one in your area.)

Our movement for women’s rights will be most effective if we link our fight to the fight of the 99% against the richest 1% – the ruling class who use sexism, racism, and homophobia as tools to divide us against each other to defend their profits and power over society.  Our task as women is to link up with all working people (including working-class women and men) and build a mass movement, including community groups and especially the powerful labor unions, against discrimination, sexism and exploitation which are promoted by the ruling class and their economic, political, and cultural institutions and media.

The 99% must come together to get rid of the capitalist system that values profits over people. Women and all oppressed groups can win full and equal rights in a new society that guarantees the rights of all working people.  We need a fundamentally new social system, one that empowers rather than exploits – a real democracy that prioritizes human welfare over profit maximization – a socialist society.

•    Fight sexual harassment, violence against women, and all forms of sexism.
•    Defend a woman’s right to choose whether and when to have children. Publicly funded, single-payer health care system with free reproductive services, including all forms of birth control and safe, accessible abortions. Comprehensive sex education.
•    End victim blaming! Full funding for education in schools, workplaces and trade unions about the myths and facts of rape.
•    Women’s, labor, and community groups should organize a mass campaign against sexism, domestic violence, and for equal rights for women under the law.  Improve facilities and services for women.
•    Fight for a socialist alternative to the capitalist system which breeds inequality based on sex, race, and class. 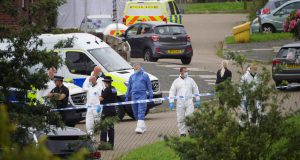