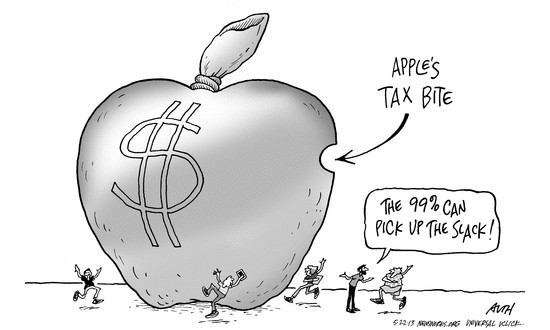 Department of Finance ‘cooking the books’ on corporation tax

It is no surprise that the Department of Finance has concluded that the average rate of corporation tax that companies have paid in Ireland since 2003 is close to 11%. The message for the home audience has been and remains that corporations pay close to the 12.5% headline rate. This paper is aimed at that audience and the methodology chosen is the one that achieves that result. In effect, you have a cooking of the books on corporation tax here to make the result fit the political message.

The paper itself gives the figure of an implicit tax rate of 5.9% in 2012 before dismissing it on the grounds that the level of investment funds in Ireland distorts the result. However, this figure is based on a measure of what the CSO has previously described as ‘a more comprehensive measure of corporate profitability’. This 5.9% is likely to be much closer to the reality than the 11% trumpeted by the Department. However, it is dismissed in the rush to find a result that fits the political message of the government to its home audience.

It is not just Jim Stewart who has exposed the extremely low rate of corporate tax paid in reality by corporations in Ireland. Seamus Coffey himself, who wrote the technical paper, has previously written of Ireland’s implicit corporate tax rate in 2011 being 8%. If for example 8% is the effective rate, then for each additional 1%, an additional €525 million in tax could be raised – equivalent to the amount the government will try to extort in property tax this year from households.

This is why this is not just an academic discussion – it goes to the heart and soul of the debate about who should pay for the crisis that is continuing for the majority. Corporate profits are up by over 20% since before the start of the crisis. The recovery is well in swing for them. For workers, however, wages continue to stagnate or decline, we have a normalisation of forced labour schemes like JobBridge and Gateway and more austerity taxes like water charges are being imposed. We need the accurate figures and we need a movement to say working people have paid enough – the corporations must pay.