Taking a stand against fracking

Leading anti-fracking campaigner and Socialist Party member Donal O’Cofaigh has been selected by anti-fracking activists to stand as a local election candidate in Enniskillen in May. Here he outlines the importance of the election campaign and the fight for a seat to strengthen the movement to stop fracking beyond the elections.

The decision to stand as an anti-fracking candidate has been met with great support from campaigners locally and has been really well-received by many local people concerned at the threat posed by this industry. Many people have approached me saying that it is about time the establishment parties were stood up to on fracking.

Sinn Féin has raised the demand for a referendum as a diversion from their failure to commit to use their veto to block fracking at the Assembly Executive. As anticipated by campaigners, this proposal has been stalled but notwithstanding this, it would have been a powerless and empty exercise. What a cynical stunt!

After the SDLP voted down a Ban Fracking motion at its party conference, local candidates returned telling the papers that the party had voted against the industry! When the truth was exposed, Minister Durkan gave interviews to the local press denying the immediacy of the fracking threat and ‘promising’ he would only authorise planning permission if he had evidence it was safe. To undercut his words, Freedom of Information requests have exposed plans for drilling in the near future at an unspecified local quarry. An almost perfectly aligned cross-border study – jointly commissioned by the Minister – specified the production “best practice for environmental monitoring of potential impacts arising from individual [fracking] projects/operations sites”. It looks perfectly aligned with the Minister’s evidential ‘test’: a pretext to issue permissions.

In the face of this obvious duplicity, local SDLP councillors are all the more ardently promoting their anti-fracking credentials. Even one UUP councillor has voiced his concern and opposition to the industry. It is already clear that our campaign will push mainstream councillors to vocalise more strenuous ‘opposition’ than they would like. The DUP’s Arlene Foster is on record as supporting fracking – ably backed up by climate-change denier Sammy Wilson who wants to see a decision to authorise fracking taken soon.

Put them under pressure

As we all know, politicians usually care little about issues affecting ordinary people or the environment unless they represent a potential threat to their re-election. Elections are precisely the time when politicians are susceptible to public pressure. Because the decision on whether to proceed with fracking is a political decision which will be taken by the main parties, it is crucial they are put under as much pressure as possible and challenged.

Running on a principled, anti-fracking platform presents a direct challenge to the status-quo politics that characterises local elections. Our campaign will force the issue of fracking centre stage in the elections and we are aiming to shift the debate from the usual sectarian garbage the main parties thrive on, into a massive issue which will affect the lives of everyone in Fermanagh and beyond.

The election also gives the campaign against fracking an opportunity to engage with thousands of people on the dangers of fracking and inform people that the Stormont Executive has already authorised exploration drilling to fracking companies across Northern Ireland.

We have already challenged Peter Robinson and Martin McGuinness to announce that they will veto any proposal to allow fracking to commence in the North. So far they have ignored us, but we believe winning a seat on Fermanagh District Council where the campaign against fracking is strongest will force them to sit up and listen, and crucially, give confidence to ordinary people that a movement of people power can be built to stop fracking.

Such a victory would represent a huge fillip for the campaign, presenting a critical political resource and demonstrate the strength of local opposition. It would also pose a direct and continuing challenge to all the parties; one principled representative would keep the pressure on other political parties and highlight their weaknesses at every turn.

A councillor can access information which currently can only be sought via the Freedom of Information Act or the Aarhus Convention. A councillor can demand answers to searching questions and interrogate, expose and disseminate the answers supplied. But most of all a campaigner in the council would use every opportunity available to raise the issue using the authority of the council as well as directly supporting grassroot campaign groups.

Already fracking is centre-stage for this election – it is our task to ensure that the election will further strengthen the campaign into the longer-term, and winning a seat would give the opposition to fracking a real boost. 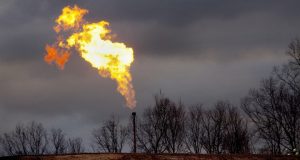