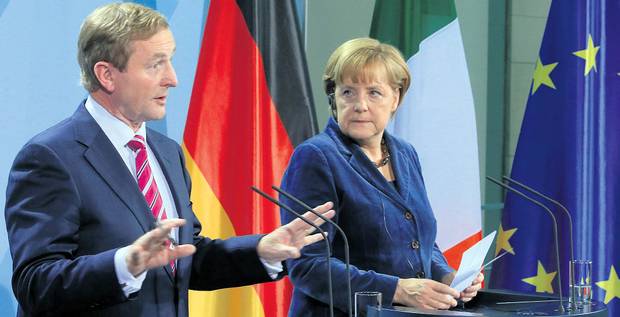 In response to comments from Gay Mitchell MEP on the troika inquiry report which was endorsed in the Economic Affairs committee of the European Parliament last night, Paul Murphy MEP commented:

Gay Mitchell and other Irish MEPs from the pro austerity parties are talking up this report. The report does make reference to a retrospective bank deal for Ireland, however what MEP Mitchell fails to mention is what else is in this report.

The report is not fundamentally critical of austerity or the role played by the troika. In fact, the report is supportive of the bank bailout in Ireland and states that a burning of the bondholders was not possible. This amounts to a retrospective endorsement of the bank bailout. I would challenge the Labour Party’s MEPs to clarify their position on this. Looking at the amendments that Labour’s Emer Costello supported it would seem that they are in favour of this view.  Is this yet another example of Labour’s way actually being Frankfurt’s way?

What is glaringly absent from the report is a real analysis of the impact of the troika. The upsurge in mass unemployment and poverty is not mentioned in the report. Neither is the massive transfer of wealth from working people to major corporations and the super-rich mentioned.

Gay Mitchell and other Irish MEPs are cynically talking up this report to give people a false hope in the government’s strategy on bank debt. They hope by doing so that people will give Fine Gael and Labour the benefit of the doubt in the upcoming elections. People should not be hoodwinked. The reality is that the government’s strategy on bank debt is in tatters and will not deliver.

It is clear that there is no chance of a deal on Irish bank debt that would result in the burden of the debt being taken off the shoulders of working people in Ireland. Any deal would still involve austerity and neo liberal restructuring of the economy which will see further poverty and exploitation for working people while the rich get richer.