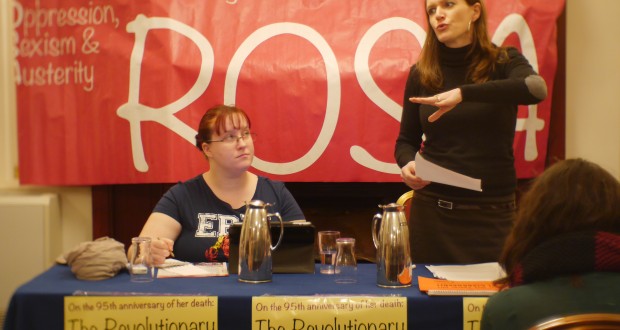 Commemorating the 95th anniversary of the death of Rosa Luxemburg

“She was always ready to take up the cause of the suffering and the oppressed; she felt doubly every blow that fell on others. The deepest sympathy with all those who were humiliated or wronged was the mainspring of her active life and was vibrant in her every word, even her loftiest theoretical abstractions.” – Paul Froelich, Luxemburg’s colleague and biographer.

“…this tasteless knocking of the most brilliant intellect of all the scientific heirs of Marx and Engels can, in the last resort, only be rooted in the fact that it is a woman whose shoulders bears this intellect” – Franz Mehring, influential German socialist on the frequent attacks on Rosa Luxemburg, not in this case as was usual from the ruling capitalist elite, but those wavering sections of the workers’ movement officialdom that were drifting away from genuine socialism and Marxism.

Rosa Luxemburg, alongside her heroic colleague, Karl Liebknecht, was murdered 95 years ago, on 15 January, 1919, by right wing military men, backed by the treacherous social democratic leaders. A fearless international socialist who was jailed a number of times for her active role in the workers’ and socialist movement that spanned Poland, the country of her birth, Russia, and Germany.

Luxemburg possessed many extraordinary characteristics, but it was the brilliance with which she developed Marxist thinking that deserves special mention. For example, her pamphlet, ‘Reform or Revolution‘ was an incisive contribution to a debate raging within the mass workers’ party, the SPD in Germany, where she moved to in 1898 as a sharp attack on Berstein‘s revision of Marxism that diminished the importance of a socialist vision for a fundamental and all-out challenge to the capitalist system which Rosa defended with every fibre of her being throughout her life, as an essential ingredient in a victorious working class struggle for its aspirations and rights.

Luxemburg was at the forefront of challenging the drift to the right within social democracy’s leadership at the time, which led to the ultimate betrayal – the SPD deputies voting for war credits a century ago, going over to the side of imperialism and capitalism. This most trying time for socialists, that saw not only the slaughter of millions in the interests of the imperialist powers, but also the capitulation of whole swathes of the official movement that either supported the war, or like Karl Kautsky, did not seriously challenge this abomination but sought compromise provoking the ire and political denunciation of Luxemburg, also saw her jailed by the state for her vocal anti-war position.

Luxemburg was inspired by and enthusiastically supported the October Revolution in Russia. Stalinist revisionists in particular have tried to deny this, in an effort to obscure the tradition that Lenin, Trotsky and Luxemburg all embody of international working class struggle for socialist democracy.

The death of Luxemburg and Liebknecht, was not only tragic in and of itself, but tragic in its consequences. It left the enormous and powerful workers’ movement in Germany bereft of its most outstanding leaders, precisely at a time of revolutionary upheaval, feeding into the subsequent defeat of the German Revolution.

The vibrancy and passion of Luxemburg’s devotion to the cause of the working class and the oppressed and poor masses was unequivocal. She once quipped to August Bebel, Marxist leader who himself was affected by the reformist drift within the German socialist movement about herself and her life-long friend and political ally, Clara Zetkin: “Yes, you can write our epitaph: ‘Here lies the last two men of German social democracy’.”

Rosa Luxemburg’s huge confidence in the potential of the working class and poor masses, and her courageously unswerving and uncompromising commitment to socialist ideas are the absolute antithesis of what exists within the leadership of the official trade union and former social democratic parties today – and they are precisely what’s needed within the left and socialist movement in building the struggle against austerity and capitalism. 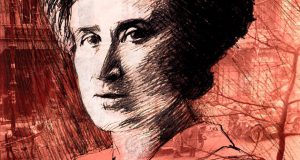 The Revolutionary Ideas of Rosa Luxemburg 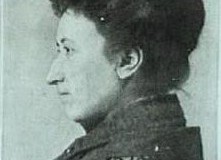 The murder of Rosa Luxemburg