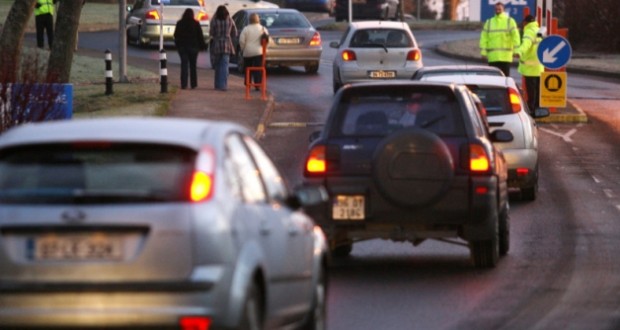 5 Years since Dell closure in Limerick

This month marks 5 years since Dell closed their factory in Limerick, resulting in Limerick becoming the biggest unemployment blackspot in the country, with twice the national rate of unemployment. Below we publish a Socialist Party leaflet published at the time. PDF of Leaflet Here

SAVE ALL JOBS AT DELL

“This is not about a company that’s in trouble. This is about greed, corporate greed. They’re going to Poland because apparently they can make an extra 3%”
– Sacked Dell Worker (quoted in Associated Press)

Like a vulture, having ripped profit out of its workers in Limerick, Dell now wants to go exploit workers elsewhere. Dell must not be allowed get away with this robbery. This Government can’t be trusted to do anything to stop this crisis. Workers in Dell and throughout the Mid West must act to defend the 10,000 jobs at stake.

Dell’s plan to sack 1,900 of their workers this year is disgusting. Latest figures show Dell was making up to €130 million profit a year in Ireland alone and internationally made $727m in profits last year. Now Dell is moving to Poland because it can pay workers there €3 an hour.

Over the 18 years that Dell has been in Limerick they made billions in profits off the backs of their workers, yet now they are shafting these very workers. Michael Dell’s personal wealth is over $17billion. Clearly he and the management are using the recession as an excuse to get out, but the reality is no one is claiming Dell is in crisis. To avail of low tax rates they may for a time keep jobs in Limerick and Dublin, but it is likely a substantial part of the remaining 2,000 plus jobs will also be axed.

The knock on loss of jobs is expected to start in the days ahead. If 10,000 jobs are lost Limerick and the Mid West will be in an economic depression and turned into a “Ghosttown” of mass unemployment, all at the whim of Michael Dell!

The blow for those losing their jobs will be devastating. In some cases there are families where both parents could lose their job. Undoubtedly some with mortgages and loans will face eviction or repossession.

With unemployment spiralling out of control, official estimates now say another 240,000 will join the current live register of over 290,000 by 2010, if these jobs are allowed to be destroted, Limerick and the Mid West may never recover. For our future we must fight to save these jobs.

Government complicit in sell-out and failure

The government will bend over backwards to facilitate Dell in the hollow hope that it will retain some jobs. They have given them billions through low tax, over €75 million in grants and premises. Speaking to the Independent Brian Lenihan said he “understood that Dell had to look after its own interests”.

Instead of acting themselves, they built an economy that relied on foreign capitalists and a property bubble. Now in a recession, setting up Task Forces or searching for some new capitalist “carpet bagger” is likely to be in vain.

The strategy of relying on multinational companies to develop an industrial base and the economy has been a failure. After creaming off billions in profits from Irish workers, these companies are free to pack up and move to lower wages countries and more are preparing to go.

Workers must fight back

Whilst many may be shocked by Dell’s actions and feel unable to stop it, it is crucial that this attack is resisted. If we don’t fight, we lose but a strong struggle can win. The workers in Dell and through out Limerick must now meet and get organised to take action to force Dell to stay or the Government to intervene to defend the jobs. In this they must be supported by the unions and ICTU.

What sense does it make to allow the destruction of at least 10,000 and have to pay dole to such numbers? If Dell won’t keep the factory open, the plants and all machinery and assets should be taken into democratic public ownership.

The nationalisation of Dell could be the start of a state led drive to developed a proper, viable industrial base, run with the democratic involvement and control of working people, to satisfy the needs of the majority, not the profits of the few. Such a policy is now essential as the reliance on private capitalists is going to lead to devastation.

After years of being told that big business and the capitalist market would provide a bright future and quality of life for all, now we are being told that the system can’t afford to provide us proper wages, jobs and public services.

The Socialist Party supports workers in fighting back against these attacks and we stand for the rational and democratic use of the wealth and resources in the interest of the majority of ordinary working people and their families. We are fighting to turn the trade unions into fighting organisations for workers rights and stand for theestablishment of a new mass party to represent working people. Join us in this fight! 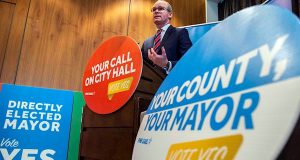 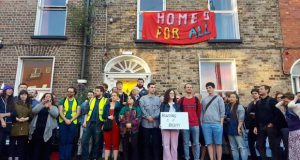