The release of the latest estimates from the Department of Finance in the Stability Programme Update illustrates in cold figures in whose interests austerity is being implemented. The figures prove that society and the economy are being destroyed so that the bondholders will be repaid.

The estimates indicate that the government will have a primary surplus of almost €1 billion in 2014. In other words that the government will take in around €1 billion more in tax revenue than it pays on public services. So much for the mantra by right-wing politicians, echoed by large sections of the media, that the state is broke and too much is being spent on vital public services.

The deficit exists because the state continues to pay massive amounts of money in servicing national debt. In 2014, this will amount to around €8.5 billion. This turns an estimated primary surplus of almost €1 billion into a deficit of around €7.5 billion. It is time to call a halt to these payments to bondholders – with an immediate moratorium on payments of national debt and payments to bondholders by bailed out banks. The vast bulk of this debt should be repudiated, with a debt audit commission established to ensure those with proven need, such as pension funds and working people, are repaid and that the rich bondholders pay for their crisis.

Notes: Relevant figures available on page 22 of Stability Programme Update. The relevant figures are the ‘Underlying General Government Primary Balance’ (surplus of €945 million) and the ‘Underlying General Government Balance’ (deficit of €7.545 billion). The Department of Finance has previously argued that these figures are more accurate than the ‘Exchequer Balance’ figures, e.g. in Table 1C of the Stability Programme Update December 2009.

In addition to the payments on the national debt included in the Stability Programme Update, around €5.9 billion in payments to bondholders by bailed out banks will also be made.

It should also be noted that the estimates for 2014 do incorporate the imposition of an additional €3.1 billion in cuts and taxes in 2014. The Socialist Party will in the run-in to the Budget 2013 produce a document illustrating a socialist alternative to the imposition of these taxes primarily onto working class people. 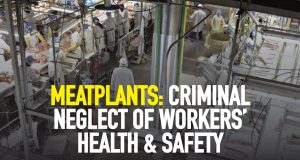