George Galloway, Respect Party MP for Bradford West, revealed disturbing ignorance and misogyny in his recent podcast about the rape allegations against Julian Assange, founder of the WikiLeaks website and scourge of the political and military establishment.

Galloway says that: “even if the allegations made by these two women… were 100% true… they don’t constitute rape.” He describes the allegations as no more than “bad sexual etiquette.” If you “go to bed” with someone then you are in “the sex game” with them and he says that you should not need “to be asked prior to each insertion”.

Does he want to turn the clock back to the days when marriage gave men conjugal rights and husbands could therefore rape their wives with impunity?

His comments have done a huge disservice, not only to the women he is supposed to represent in parliament, but to all women. He added to the confusion and guilt which many women feel when they are assaulted by their partner or someone they know and to the trivialising of so-called ‘date rape’.

It is entirely consistent to applaud Assange’s role in exposing the hypocrisy and corruption of governments and the ruling class through WikiLeaks while recognising that he could also be capable of rape or sexual assault. Clearly it is also possible, as Assange’s lawyer maintains, that the allegations against him are contrived for political purposes.

Women Against Rape (WAR), a pressure group supporting rape victims, commenting on the Assange case, recognises this, pointing to a long tradition of using rape and sexual assault allegations for political agendas.

WAR further commented on Interpol’s unusual speed and determination in getting Assange arrested, when in their experience even hardened sex traffickers are able to evade the authorities time after time. But quite rightly they also do not condone the condemnation of the women who reported Assange.

However, this level of understanding has been difficult for some supposedly on the left, who like Galloway weighed in disgracefully in a personal attack against the women, dismissing and belittling their claims. Writer and journalist Naomi Wolf, who describes herself as a feminist, indulged in speculation that the women making the allegations were not rape victims but jealous, spurned women taking their revenge on Assange because he had sex with both of them.

She refers to Interpol as the ‘dating police’, trivialising the rape and sexual assault allegations. Michael Moore initially dismissed the women’s claims as ‘hooey’ although later accepted there should be a full investigation. Even Tony Benn entered the ‘debate’, reportedly stating in the context of a speech about Assange, that a non-consensual relationship is not the same as rape.

Salma Yaqoob, leader of Respect, condemned Galloway’s remarks as “deeply disappointing and wrong”. Galloway should be held to account as a workers’ representative by his party – he should not air personal prejudices in his public role. He should be asked to retract his damaging comments which cannot be said to promote the “Peace, Justice and Equality” which are the watchwords of the Respect party. 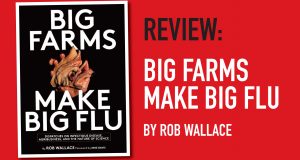