SIPTU has published a document entitled, “Optimising Ireland’s Oil and Gas Resources.”  It deals mainly with the exploration for oil and gas in this state and the implication of government policy in this area. It also gives a resumé of how the state has dealt with the exploitation of these natural resources over the past forty years.

In the early to mid 1970s, the discovery of natural gas off the Head of Kinsale gave rise to a vigorous debate on how this resource should be harvested to best advantage for the Irish people. At that time, Justin Keating of the Labour Party was the responsible Minister at the Department of Industry and Commerce.  In 1975, Minister Keating put legislation in place,  providing for a State stake of 50% in any enterprise, state royalties on earnings from oil and gas and a 50% corporation tax rate.

The Left in the Labour Party and outside vigorously opposed these as being far too favourable to the oil and gas companies and not taking enough for the state representing the Irish people. In the 1970s, there was a strong consciousness of the importance to society of public ownership of productive enterprises.

The memory was still relatively fresh of how critically important it was that the Irish state had been obliged to build a nationwide electric power structure from virtually nothing in the form of the Electricity Supply Board. Other state industries such as Bord na Mona and the Irish Sugar Company provided thousands of jobs and were crucial to the economic life of many regions. These industries were built by governments made up of quite right-wing political parties and their reason for opting for public investment was because of the enfeebled nature of native capitalism which was incapable of developing a strong economy.

Today’s licensing regime for oil and gas resources show just how far Irish governments have capitulated to the pressures of multinational corporations and put their drive for private profits above the common good. The SIPTU document refers to a 2007 report from the US Government Accountability Office which examined 142 fiscal systems around the world dealing with how much of the earnings from carbon resources goes to the people. Only 34 had a government take that was less than 50%.  Ireland was the second lowest of all, coming in just ahead of the Cameroon at 25%. In some countries in South America, the yield to the state can go as high as 90%

The Department of Energy and Natural Resources estimates potential reserves of 6.5 billion barrels of oil and 20 trillion cubic feet of gas under the sea off the west of Ireland. Of course, there are complications and significant expense in recovering the oil and gas but the terms under which they can now be recovered by big companies are derisory, thanks to the changes made in 1987 by a Fianna Fail  Minister, Ray Burke, when royalties were abolished altogether  and corporation tax was reduced from 50% to 25%. Companies can write off substantial costs of production against tax. This is what Shell will do in the Corrib field and thereby earn massive profits.

SIPTU demands a moratorium on the granting of anymore licences to exploration companies until a major review is held of the present arrangements. This is absolutely correct but some of its alternative proposals are too weak. It calls for licences to be granted “to an Irish national oil company to explore and produce Irish hydrocarbons with profits from this company returned to the state.”

What in fact should have happened already is that a State Exploration and Recovery Company should have been set up with exclusive responsibility to bring the oil or gas onshore with all the benefits accruing to the Irish people. Such a company could have been developed in partnership with other state owned companies in Europe and further afield which would have assisted in the assembly of expertise and technology.

“Optimising Ireland’s Oil and Gas Resources” is an informative document and its publication should give rise to a new debate on a complete recasting of how natural resources like oil and gas are recovered, not forgetting, however, that the search for alternative, renewable and much cleaner sources of energy should be intensified. 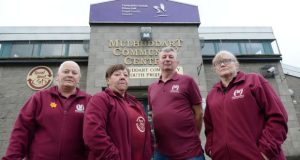