Next steps for building the United Left Alliance

The United Left Alliance has the potential to be at the heart of the active resistance to the fresh round of attacks coming from the government in the months ahead. In order to achieve this potential there are important tasks the ULA has to focus on in the immediate future.

The ULA needs to initiates and lead struggles under its own banner and within broader campaigns. The reclaim the unions’ initiative which will be formally launched in the autumn and the pre-existing No Water Tax campaign are examples of two vital arenas of work for ULA members.

In addition to this engaging in campaign work on defending REA/ERO conditions that are due to come under attack in July, pushing for an active response from the unions and going into workplaces with leaflets putting forward a fighting strategy to workers who will be affected.

On 3 July we will also see the convening of a major public event on the issue of negative equity from which the ULA working with householders and others who want to genuinely fight on this issue should aspire to build a real campaign of people power to resolve the mortgage crisis. Engaging in all this campaigning activity is vital if the ULA is to maintain and develop its profile in workplaces and communities and likewise to make joining newly formed local ULA branches seem purposeful to working people, the unemployed and youth.

The ULA contested the general election on a limited programme that was seen as a response to the crisis.Now that we have a platform with five TDs who have plenty of speaking opportunities and can periodically bring motions or bills to the Dáil the ULA is correctly seen as a factor in the political scene and the national debate on all the big issues.

The development of research and policy that needs to take place is not because we have illusions that the establishment parties will accept our alternatives and those radical reforms will be achieved through the Dáil by our TDs’ powers of persuasion. Instead the aim should be to use the platform and resources of the Dáil positions to contribute to developing the ideas and arguments for the struggles out there in society.

Breaking the cutback consensus of the establishment and the right wing trade union leaders will assist in the development of a fightback which is inevitable given the scale of attacks planned by the government. The workshops and plenaries at the ULA Forum on 25 June should be, among other objectives, a practical input into this development of radical left alternative ideas.

The Forum and proposals initiated by the Socialist Party to further democratise the interim steering committee by facilitating the election onto it of people who do not belong to the affiliated organisations should be seen as practical steps in the development of the ULA.

A series of ULA meetings have taken place all over the country. Most have been modest in size but with more than enough people participating to allow for ULA branches to be launched. It will only be a matter of weeks and months before we will feel the impact of Fine Gael/Labour’s austerity attacks. The ULA and the Socialist Party are engaged in important preparatory work to ensure that there will be a political force capable of responding to these attacks in every city and town. 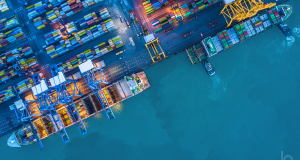