The Ragged Trousered Philanthropists by Robert Tressell is a classic book, which every socialist should read. Although written in the early part of the last century its ideas and characters are fresh and interesting. Its author was a worker who died 100 years ago in poverty but this article and review reprinted from 1977, shows how his legacy lives on.

On a bright June day in Liverpool in 1977 hundreds of trade unionists and socialists took part in a march to rally at the final resting place of Robert Noonan – known more popularly as Robert Tressell, author of “The Ragged Trousered Philanthropists”.

In a rough, weed-choked field opposite Walton Jail we gathered to unveil a marble plaque to mark the grave. This wasteland held the bones of over 1,000 paupers, their bodies wrapped in canvas bags, stitched up by former inmates of the jail, and cast into mass graves.

Local activists had located the grave of Robert Noonan, plus the names of the 12 others interned with him, and all had been etched into the black stone.

Robert had died of tuberculosis in Liverpool Royal Infirmary at the age of 40 in 1911. Why this homage to Robert Noonan? He was a member of the Marxist Social Democratic Federation but as far as we know he did not lead any mass campaign or strike.

He wrote only one book, a novel about working class life prior to World War One. Shortly after joining the Labour Party Young Socialists in 1966 a worn copy of The Ragged Trousered Philanthropists was pressed into my hand with the recommendation that I may find it a good read.

An understatement if ever there was one.

Turning the pages I was drawn into the tale of a year in the life of an Edwardian town in southern England. It revealed how the capitalist system rules and exploits workers – an accurate historical account of the lives of working people, and more, a condemnation of the horrors of capitalism, a comprehensive explanation of how the system works, and the necessity for a socialist alternative.

Robert Tressell speaks through the ‘hero’ Owen, a building worker, describing incidents and characters that any worker could relate to today. The “philanthropists” are the workers willing to work for the “good cause” of giving their unpaid labour to the “masters” – the bosses’ profits.

Casualisation, bullying bosses, low pay, poor housing, debt, unemployment, and the regular humiliations endured by working people throughout their lives, are all graphically depicted by Robert.

The overwhelming impression is of a book written by, not just a well placed observer, but as Noonan puts it “the story of twelve months in Hell told by one of the damned”.

Robert wrote his novel between 1905 and 1908 but despaired of having it printed as publisher after publisher rejected the manuscript. After Robert’s death his daughter Kathleen managed to sell the manuscript, for £25, to its first publisher, Grant Richards, who described it thus: “the book was damnably subversive but it was extremely real”.

Unfortunately in the first edition, in 1914, and in subsequent editions, the novel was much hacked about and shortened, and given a depressing ending with Owen contemplating the killing of his family and his own suicide! Fred C Ball, Robert Noonan’s biographer, tracked down the original manuscript and eventually, in 1955, the first unabridged edition came off the presses and with Robert’s uplifting final chapter restored.

Throughout the novel are various episodes where Owen explains the real workings of capitalism to his workmates and argues the need for socialism. These explanations are not ‘forced’.

The writer’s skills make these scenes feel natural and as parts of a seamless whole. The Money Trick, chapter 21, gives a lucid and as straightforward introduction to marxist economics as any and made memorable by its humorous treatment and realistic portrayal of the behaviour of the characters involved.

One charge sometimes laid against the book is of being biased to men and their workplaces, that the women receive a lesser treatment. But as early as chapter three Tressell shows Ruth Easton as being more able than her husband in managing the household budget – a greater insight of the economics of capitalism which enables them to survive.

In chapter six it is Nora Owen, in conversation with her young son, who from a socialist perspective describes capitalism and the problems to be overcome in changing it.

The Philanthropists lack feelings of class solidarity and the novel is hazy about how they may attain class consciousness to forward the struggle for socialism.

Occasionally the idea of the impoverished masses driven by their wretched conditions to overthrow the capitalists in a bloody uprising is proffered, at others an appeal to “reason”, to vote for revolutionary socialists.

Owen’s ‘lectures’ of course mirror the socialism of his day, a convincing analysis of capitalism coupled to the drawing of a wonderful vision of a socialist future, but somewhat vague as regards the transition between.

Only months after Robert Noonan’s death, Liverpool was in the grip of a general strike. 80,000 workers fought police and soldiers in the August demonstration known as “Bloody Sunday”.

The journalist Gibbs reported that the strike was “…as near to revolution as anything seen in England.” Only those carts and goods could move freely that had permits from the strike committee.

Posters and leaflets declaiming “Socialism is the answer to Capitalism” went up in the city.

In the following local elections, Labour representation gained a successful foothold in a city where politics had been deeply marked by religious sectarianism.

But for Noonan’s tragic and untimely death, and given his powers of observation and description, a worthy sequel to the Philanthropists may have been written – depicting working people awakened by great events, realising their capability to challenge the “masters” and to change society. 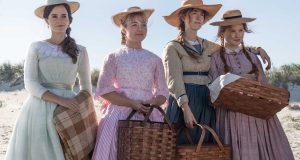