The budget cuts are hitting families all over the country this month. For the poorest and most vulnerable, social welfare and child benefit cuts have made the struggle for survival all the harder. The basic social welfare cut of €416 a year is massive, a loss of more than two week’s income for people who struggle to make ends meet is draconian.

The Budget impacts most on the poorest and the lowest paid in society. The reduction in the minimum wage of nearly 12% means that a full time worker on the minimum wage will get €2,080 a year less! Even before the current cuts, the government’s austerity programme has already had a dramatic impact. According to the EU survey on income and living conditions, the data for 2009 shows a 25% increase in consistent poverty. The EU estimates that the health effects of inequality account for 20% of healthcare costs and 15% of social welfare benefits. That’s a cost of €5 billion a year in Ireland.

The changes to tax credits, tax increases and bringing more of the lower paid into the tax “net” is again hitting those who can least afford it the hardest. Whilst the richest in society in percentage terms will pay the smallest tax increases, big business and the multinationals got away with no tax increases at all.

A budget for the rich

According to TASC, (an independent think tank), a self-employed person who earns more than €201,000 a year will see their income rise because of the Budget, whilst PAYE earners on around €25,000 will suffer the biggest reduction in income, about 4.6%. A so-called “average family” with two earners on the average industrial wage will lose between €3,000 – €3,500 a year when everything is added up.

There is a genuine struggle in hundreds of thousands of households just to pay for the basic neccesities. Bord Gais have stated that 20,000 of their customers have “entered the disconnection category”. Bord Gais disconnected 125 homes in November and in the same month, the ESB disconnected 500 homes and Airtricity, 118. Disconnections were suspended because of the freezing temperatures which gripped the country in December. However, disconnections have recommenced. Reflecting the significant decrease in many household’s, incomes because of unemployment, pay cuts and tax increases, 150,000 have signed up to payment plans with the ESB. The Society of St Vincent de Paul has outlined the ridiculous and insulting position of the government who increased fuel allowances to the poorest families by €40 million in the Budget but who with the other hand took back €30 million off these very same families in cuts to their social welfare payments!

The government has claimed that the Budget cuts won’t hit so hard because prices have fallen back to 2007 levels. But as Conor Pope in the Irish Times (20 December 2010) explained, “The notion that consumers should be celebrating because prices have returned to the levels they were in 2007 is a bit rich. Back then, we were all complaining loudly about rip-off retailers and service providers who were making us pay over the odds for virtually everything money could buy”. It is far too simplictic to say that deflation has had a uniform impact on household expenditure. The price of some products in supermarkets have come down but overall there hasn’t been a dramatic fall in the cost of people’s shopping baskets. Mortgages are set to rise with a prediction of a 1.5% increase in the next 12 months. Insurance – car, home and life have all gone up. The VHI charges are up between 15 – 45%. Education costs are up 25% and if you have two children going to creche, it will cost you nearly €2,000 a month.

The impact of four austerity budgets, pay cuts and mass unemployment has had a significant impact on “consumer confidence”. The Consumer Sentiment Index has fallen for five of the last six months. And after the last budget, the survey showed that 71% believe their household will be worse off in 2011, and more than 70% had seen a fall in income in 2010 while 74% expect the Irish economy to get worse this year. Consumers are now spending 25% less than they did in 2008.

This is bad news for the Irish capitalist class but is not surprising. The economic strategy of the government, which is broadly supported by the “government in waiting” of Fine Gael and Labour, is having a major deflationary impact on the economy.  All of the main establishment parties support the four year austerity plan to reduce the budget deficit to 3% of GDP by 2014/15. This strategy is having a disastrous impact on society and has directly lead to mass unemployment and a return to mass emigration.

Where are the jobs

The majority of people’s “barometers” for economic recovery will not be based on small increases in GDP growth but on serious job creation. Seventy percent of Ireland’s economy is based on domestic demand which has fallen dramatically because of the impact of the recession and directly because of the four austerity budgets. The government’s policy “has choked domestic demand for three years by cutting current public spending drastically; cutting public sector wages; cutting welfare for the poorest; and the minimum wage” – Paul Sweeney, ICTU’s economic adviser. The cuts and tax increases imposed so far are the biggest imposed by any government in the “developed world” since the Second World War.

National income has fallen by 21% since 2007, with GNP down from €161 billion to €127 billion. This fall in annual income of €34 billion is more than the whole tax take of €31.5 billion for 2010. In a capitalist system, investment is crucial for job creation – the Celtic Tiger would never have happened without massive FDI from the US in the 1990s. Yet investment has plummeted from €50 billion to only €18 billion. Any economic recovery is dependent on a recovery in the domestic economy and there is no sign or no short term prospect of that happening because of the government led IMF/EU backed deflationary economic strategy.

By 2014, €29.5 billion will have been taken out of the economy by the austerity programme – that is a recipe for continued mass unemployment, mass emigration and economic stagnation.

The only serious committment that Fine Gael and Labour have given is to pursue the IMF/EU austerity agenda of making working class and middle class people continue to pay for the economic crisis.

All of these cuts still aren’t enough to satisfy the parasitical markets. After the December Budget, Moody’s downgraded Ireland’s credit rating to just three “notches” about junk bonds! But there is an alternative.

Instead of bailing out the banks, the bondholders should be “burned” and the money should instead  be invested in creating jobs and providing for the needs of the majority in society. Gaelscoil Philib Barún in Waterford has been holding its classes in prefabs for 25 years! They are not alone. There are 1,200 other schools on a list to get permanent buildings. Building these schools alone would create thousands of jobs. Every community in this state is crying out for more facilities.

An emergency programme of necessary public works could develop a proper broadband infrastructure, the extra hospital and healthcare facilities that are desperately needed, a proper public transport system, community, youth and sports facilities. We need more nurses, teachers, doctors, social workers, community workers not less. Hundreds of thousands of jobs could be created by using the “bailout” money for the needs of society instead of the profits of the super-rich.

The policies of Fianna Fail, Fine Gael and Labour will guarantee nothing but a decade of economic stagnation. It is not just the economy that is broken, the political system is broken as well. Capitalism has failed and the Socialist Party and the United Left Alliance have begun to build a serious alternative to that failed political system, the beginning of a mass political movement whose aim is not to bailout the rich but the creation of a democratic socialist society that will put the needs of the majority before the profits of the few. 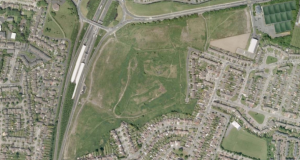 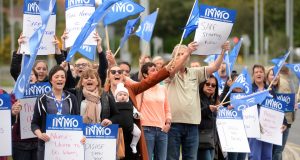