This past summer, Ireland’s Crisis Pregnancy Programme announced in its annual report that the number of Irish women travelling abroad for abortions is falling. In 2010 some 4,422 women gave Irish addresses at UK abortion clinics compared to 6,673 in 2001.

While anti-choice groups have heralded this figure as proof that less Irish women are seeking terminations, this is contradicted by recent figures released by the Irish Medicines Board. In 2009 alone, 1,216 packs of abortion pills were seized by customs. This shows that many women in Ireland are still seeking abortions, they are just not travelling abroad for them in the same numbers.

There is no doubt that this is linked to the recession. For many women the prohibitive cost of travelling abroad is forcing them to risk their health and even their lives by ordering tablets over the internet that could contain absolutely anything.

Migrant women who face greater restrictions on their travel are also compelled to seek abortions within Ireland. In the last year Gardaí have found evidence of a return to “backstreet abortions” in this country, something that has not been seen in many decades. This shows that women who are desperate to end an unwanted pregnancy are being forced to take major risks with their health.

In 1992 the “X-case” established the right of Irish women to an abortion if their life was at risk but the government has failed to legislate for this. This should be done immediately but this should only precipitate a wider debate in Irish society on this issue. Rather than exiling women abroad to have terminations the Socialist Party advocates that abortion in Ireland should be legalised and free on demand. Women in distressful situations need compassion, support, solidarity and understanding; they do not deserve to be criminalised nor forced into taking life threatening risks. 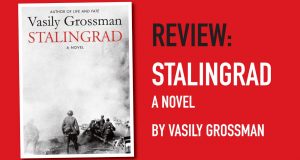