On 5 February the DUP and Sinn Fein agreed a deal on policing, justice and parades. The deal was announced in triumph as a “historic breakthrough” by Peter Robinson and Martin McGuinness sitting along side Gordon Brown and Brian Cowen.

Policing and justice will be transferred to local control by 12 April and the issue of contentious parades will be reviewed over the next three weeks by a “working party”. On 9 March an Assembly vote will be required to agree the package.

Is it a “breakthrough”? The signs are that the DUP is split on the merits of the deal. Five days before it was agreed 14 DUP MLA’s reportedly voted against a very similar proposal and there were even rumours of resignations from the Assembly party if it went through. It is not clear what changes were made in the intervening five days but it is clear that key issues, particularly the issue of parades, were fudged. The DUP were clearly under huge pressure to sign up, and were fearful of an early Assembly election. The nightmare scenario for Peter Robinson now is that he becomes a new David Trimble, desperately trying to sell the deal as unionist support ebbs away.

This new deal changes nothing of substance. The system of government in the North will remain dysfunctional, incapable of delivering and prone to break down. The deal is an extremely shaky construction held together with much sticky tape.

The negotiations occurred against a background of a series of unprecedented scandals that have rocked the two main parties in the Northern Ireland Executive and have to be seen in that light. The DUP have had to deal with a swirl of accusations around Iris Robinson, MP, MLA and local councillor, and wife of First Minister Peter Robinson, who has been mired in a sex and corruption scandal.

Sinn Fein President Gerry Adams has been under intense scrutiny after telling the media his version of events surrounding accusations he covered up allegations of sexual abuse against his brother Liam. The unfolding and inconsistent nature of his explanations has added to the suspicion that he lied to cover up his role in the cover up.

This is no accident. Twenty years of interminable talks (beginning with “Hume-Adams” in the late 1980’s and continuing up to McGuinness-Robinson in January-February 2010) have not produced a solution because no solution is possible between the current protagonists or indeed under capitalism.

The reality is that the Good Friday Agreement, St Andrews Agreement, and the agreement over policing and justice, are not agreements in any accepted use of the term. The fact that so many tortuous negotiations, and so many deals and side deals, have been necessary is a vivid illustration of the lack of real agreement there has been.

According to many commentators, and in the hopes of the two governments, bringing the “extremes”, that is the DUP and Sinn Fein, together in the Executive would finally deliver stability. It clearly hasn’t and the DUP are seriously concerned about being outflanked by new forces.

Results of recent council by-elections and the European Elections suggest that the TUV have the potential to seriously increase their vote. Now that the DUP has signed up to a deal on justice, policing and parades TUV leader Jim Allister will shout sell-out and the TUV vote could be even higher. It is entirely possible that the TUV will be bolstered by defections from the DUP.

It is not likely that the TUV will win a Westminster seat, though it may depending on how the vote divides. But is very possible that it will cost the DUP seats at the general election. The TUV will certainly win Assembly seats. The unionist vote could be split three ways between the TUV, DUP and UUP, and Sinn Fein could emerge as the largest Assembly party and, theoretically, Martin McGuinness would be elected First Minister.

Such a possibility has concentrated unionist minds. Talks around the issue of greater unionist unity have been held under the auspices of both the Orange Order and the Conservative Party. The UUP appear to have rejected the idea of actual merger for the time being with the DUP but some sort of voting arrangement, including the possibility of a technical merger for Assembly elections, is inherent in the situation.

To an extent developments will depend on whether Peter Robinson emerges relatively unscathed from the recent scandals. The UUP are less likely to make a pact if it thinks that Robinson and the DUP are in serious trouble. Twenty three days after stepping down Robinson returned to the role of First Minister on 3 February having been “cleared” in a whitewash by a government appointed barrister. In the minds of most he has not been cleared and serious questions remain over the original allegations.

In addition new revelations are emerging and will probably continue to emerge. On 3 February, The Irish News revealed that three Robinsons – Peter, Iris and son Jonathan -lobbied over recent months on behalf of a property developer who wanted to build houses on Knock Golf Course in East Belfast. Planning permission was initially refused and then granted against the open protest of a senior planning officer. At the very least this reveals a very close relationship with property developers, reinforcing the impression given by Iris Robinson’s dealings over the Lockside Inn that financial gain may be involved.

Sinn Fein too has been dealing with a series of scandals – a number of allegations that it covered up sexual abuse carried out by prominent republicans. In the most prominent case Gerry Adams’ brother Liam is alleged to have sexually abused his daughter Aine. Gerry Adams and Sinn Fein are not responsible for Liam Adams’ actions but they are responsible for how they have dealt with the allegations over the last twenty years. As the Sunday Tribune in particular has exposed, there is ample evidence that Gerry Adams’ and Sinn Fein’s instinctive reaction was to cover up the allegations.

Liam Adams’ daughter has reported how she was asked to attend interminable meetings with the IRA. After a period of time it became clear to her that the process was designed to go precisely nowhere and she withdrew from it. In the following years Liam Adams was able to move from area to area, on each occasion renewing his activity in Sinn Fein and holding a series of posts in youth projects. The way this case has been handled by Sinn Fein is very similar to the way that sexual abuse carried out by priests was covered up by the Catholic Church. Sinn Fein has roundly condemned the actions of the Church but defends its own actions. They can’t have it both ways.

Sinn Fein is not under an electoral threat comparable to the DUP’s though dissident candidates could do better in the coming elections than before and could pick up the odd council seat. As throughout the last forty years the lack of a credible mass working class party means that the majority of working class people who vote will continue to vote for the main sectarian parties. However opposition to Sinn Fein in its heartlands is growing. This opposition is based on its perceived failure to deliver on the national question (no-one, including its own leaders, believes in the United Ireland by 2016 propaganda any longer) and its failure to deliver on social and economic issues, and will be reinforced by the scandal around Liam Adams.

Whilst the dissidents cannot mount a credible electoral challenge to Sinn Fein there is nevertheless clear evidence that they are growing in size, confidence and capability. The intentions of the dissidents are clear-they do not have the resources for a campaign on the scale of the Provisional IRA campaign but they will continue with intermittent attacks in an attempt to destabilise the Executive.

If policing is devolved to Stormont the storm generated by, for example, the killing of a police officer will be intense. Sinn Fein will continue to call for people to go to the PSNI with information on the dissidents, thus further undermining their credibility with young Catholics.
It is now much more likely that there will be conflict around parades this summer. The dissidents demonstrated their intent in Ardoyne last summer when they organised a protest against an Orange Order parade which ended in a riot. Elements around the TUV will play a similar role, stoking up tensions in the run up to the marching season. The result of an “agreement” on parades between the DUP and Sinn Fein (if there is an agreement) may well be that the parades issue once again explodes on the streets.

Working class people are facing a future of rising unemployment and deepening poverty. The Executive has announced £400 million cuts in public services, including £113million from the health service, the threat of water charges looms and whichever party forms the next British Government it is guaranteed even more cuts will be made to public spending. The working class and young people cannot rely on the Assembly to deliver lasting peace and a decrease in sectarian division or improved living standards, but instead must rely on their own strength. It is more urgent than ever that a political alternative, which attracts support from both Protestant and Catholic working class people, is built. The trade union leaders should break their “partnership” with the sectarian parties in the Assembly and affiliate to the need for an independent political voice for workers.

Working class people need their own party: a mass party which attracts support by posing a socialist alternative to the right wing policies of the Executive and which seeks to overcome sectarian division not cement it. 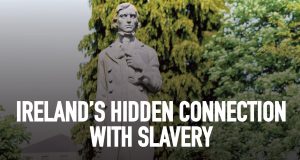