By Peter Kattourah and Paddy Meehan

IN THE past year, unemployment has officially jumped by a massive 62%! Thousands of jobs are being lost every month. In January alone 8,000 people lost their jobs in Northern Ireland. For young people, the situation is worse. Youth unemployment is now well over 20%. The Youth Fight for Jobs campaign will be taking to the streets of Belfast on Saturday 2 May together with trade unions on the May Day march.

This article outlines why you should join the march for jobs, reports on the Youth Fight for Jobs March at the G20 in London and gives a local update on the campaign.

YOUTH FIGHT for Jobs campaigners have taken to the streets to build support for a guaranteed job for all. So far hundreds of people have signed the Youth Fight for Jobs Declaration. Many young workers, unemployed and relatives of young people looking for work have whole-heartedly supported our fight for jobs.

Support for the March for Jobs – Saturday 2 May, Belfast

Already our call for a march for jobs has got a response with many young people saying they want to get involved. A number of people made a bee-line to grab leaflets and posters for their school, workplace or just to take for their mates. Youth Fight for Jobs are getting posters up outside schools, in youth centres and colleges to advertise the march as widely as possible.

Many older workers have signed the declaration and discussed with us and with other young people about what it was like in the 1980s. A worker from Stena Line pointed out that we need to unite young workers, both local and migrant, to stop a return to mass unemployment.

Trade unionists & Visteon workers give support to the campaign

The Youth Fight for Jobs declaration has received an excellent response when circulated to trade unionists. Support has come in from the Communication Workers Union, NIPSA (largest union in Northern Ireland), Public and Commercial Services union, Fire Brigades Union and Unite.

Youth Fight for Jobs supporters have collected signatures from the Ford/Visteon workers who are occupying their factory since Tuesday 31 March. All the workers in the plant signed the declaration. Many of these workers have brought their children down to the site and understand that the closure of another factory means even less chance of work for their children. 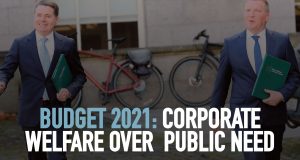