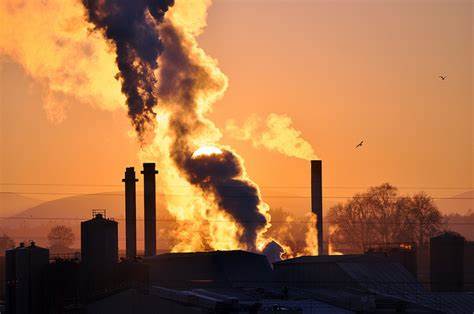 Fiddling while the planet burns would be an apt response to the government’s latest climate action plan. While the document is laced with warnings about the urgency of the need to tackle climate change, it is devoid of ideas or proposals that will make the necessary economic and societal changes required to prevent the impending catastrophe. Instead it tries to maintain a slightly greener ‘business as usual’ model.

The planet or capitalism

The plan contains goals like transitioning to a zero-carbon economy by 2050, increasing renewable energies and green jobs, but the measures outlined simply won’t achieve this.   Crucially the major gap in the plan is that it doesn’t really tackle the major polluters of our environment: big business and agri-business. Rather, the plan places an equivalence between the measures necessary to limit emissions and the protection of business interests. For instance, the plan outlines the need to introduce environmental measures while at the same time not doing too much incase it may hamper their ability to present Ireland as an attractive destination for Foreign Direct Investment (FDI).

No reliance on the private sector

Only a number of months ago, this very same government which plans to ‘go-green’ blocked a Solidarity-People Before Profit Bill which would end explorations for oil and gas. Furthermore, the government wants to try to save the planet on the cheap and in a way that boosts profits for the private sector – by relying on both private investment and private firms to fund and carry-out many of the major infrastructural and retro-fitting schemes. Private sector investment is at historically low-levels. As the housing crisis demonstrates, private business will only take on projects if they are guaranteed to profit highly from them. The development and provision of green energy and jobs can’t be left in their hands.

In trying to protect big business, it puts responsibility for climate change on the individual by proposing a carbon tax – arguing that consumers need to be forced to change their behaviour. The reality is that the vast majority of people wouldn’t intentionally pollute if given the choice. In most cases, however, we don’t have that choice – the decisions are made by big business who control what is produced, sold and invested in.

We need to build a movement which fights to take public ownership and democratic control of production, and the wealth in society out of the hands of a small cabal so that we can democratically plan for a socialist future which protects the environment. 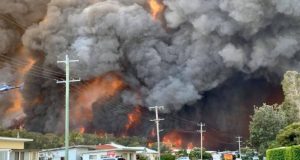 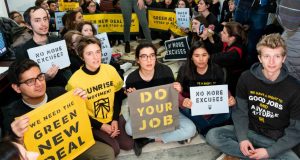 The Green New Deal & Climate Change – Why capitalism must go