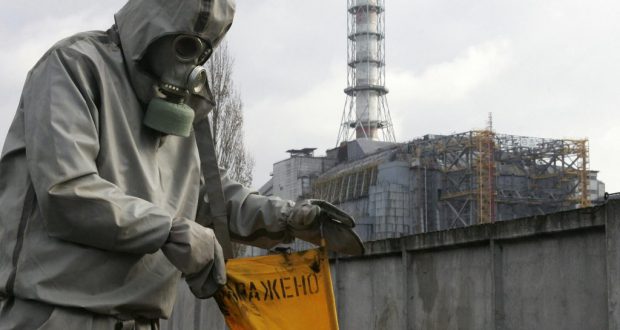 Chernobyl: A warning from history

With growing calls, including from some on the left, for nuclear fission to be widely harnessed as a means to shift away from fossil fuels and cut carbon emissions, HBO’s mini-series Chernobyl comes as a timely reminder of the colossal dangers associated with this technology. The series – currently the highest rated ever on IMDb – follows the events which led to the explosion of reactor 4 at the Chernobyl power station in Ukraine on 26 April 1986, the response to the disaster and subsequent investigation, through the eyes of a number of central characters.

The radiation released by the explosion was equivalent to 400 of the bombs dropped on Hiroshima. The nearby town of Pripyat had to be evacuated and a 30km exclusion zone exists around the site to this day. Only in February this year did discussions about decreasing the size of the area begin. The death toll connected to the long-term effects of the radiation released is difficult to estimate but likely to be in the thousands, if not tens of thousands.

As horrific as this is, things could have been much worse. When a meltdown began at reactor 4, had workers – knowingly putting themselves at grave risk – not worked tirelessly to empty huge water tanks beneath it, a chain reaction could have begun, causing the other reactors also to explode and unleashing so much radiation that much of Europe could have become uninhabitable in a matter of years.

The series illustrates the role which the weaknesses of the then Soviet Union – declining economically under the dead weight of the Stalinist bureaucracy – played in shaping the catastrophe and, at least initially, hindering the response to it. However, similar disasters have also taken place in the capitalist world – the 1979 partial meltdown at Three Mile Island in the US and the Fukushima disaster in Japan in 2011. All were rooted in cost-cutting and poor, top-down planning. While nuclear disasters are rare and Chernobyl was by far the worst, the risks can never fully be eliminated and, when things do go wrong, it can have catastrophic consequences, not just locally but globally.

Nuclear fission is not renewable or sustainable. It produces waste which can remain toxic for centuries, which must be contained and stored, posing further risks. Most importantly, it is not a quick fix solution. Due the complexities of the technology and the dangers associated with the fuel, it takes years for nuclear power plants to come online. We simply don’t have that time if we’re to rapidly slash carbon emissions and avoid devastating climate change. Instead of looking for false solutions within the limits of what capitalism has to offer, we need to fight for a socialist future where society’s huge wealth can be invested in rapidly transitioning to genuinely renewable energy sources on a planned and democratic basis.