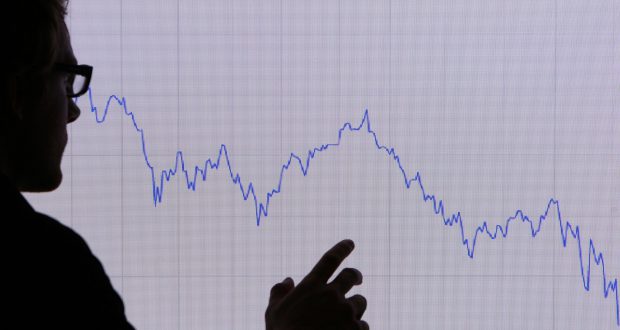 The Irish Fiscal Council is the capitalist establishment’s neoliberal watchdog over the general issue of Government income and expenditure in the domestic economy. One of its roles is to press for cuts in government spending if it feels the right-wing political parties in power come under strong pressure to spend extra funds in areas like the health and social spending. In June, the Council said loudly that the Government is ‘overspending’ in several areas and warns of the possibility of sharp reductions in the amounts of corporate tax being collected in future years, with severe effects on public spending. It also says that a hard Brexit would pose ‘profound risks’ for the public finances.

The Government is now preparing for a “hard Brexit budget” that will see cuts to public services and attacks on living standards. The message is clear. The majority in society – working class people on low and middle incomes – will have to see their incomes and services hit yet again to bail out the system from its various crises. And this will have to begin with Budget 2020 due to be announced in the Dáil on 9 October. The reality is that working-class people in Ireland are still at the mercy of the same international and domestic economic capitalist system that disastrously crashed the economy in 2008. The financial markets then dictated to cowardly Irish governments that the working class had to have the burden of their crisis placed on their shoulders.

Dictatorship of the markets

In 2018 the National Debt – the total amount of money owed by the State to domestic and international financiers – reached a staggering €206 billion. A substantial part of this was built up due to the crash and the bailout of banks and speculators. The Government paid €5 billion in interest alone to service that debt in 2018 and will pay a further €4.5 billion in 2019. In the last ten years Ireland has €60 billion in the interest on its debt. This is a massive drain of resources that could be used, for example, to resolve the housing crisis that sees not just homelessness but an entire generation of young people locked out of affordable accommodation. Solidarity and Socialist Party Councillors campaigning for public homes on public land in Dublin and Cork have calculated that good-quality three-bedroom homes could be build for €175,000 each. State- and Local Authority-owned home building construction projects could build 28,000 social and affordable homes with the amount spent on interest in 2018 and a further 25,000 with the 2019 interest. Instead these huge resources are going to fatten the vultures in the European and global financial markets.

A system in crisis

Viewed against the possibility of Britain crashing out of the EU in the next twelve months and threats to the global capitalist economies, Irish capitalism and its political representatives find themselves in a very vulnerable position. On 3 July, Conor O’Kelly of the National Treasury Management Agency (NTMA) said at a Dáil committee that “the chances of a recession in Ireland are 100%.” The Fiscal Council warned of the huge reliance on corporation tax income generated by the multinationals. It points out that €3 to €6 billion of the €10.4 billion collected in 2018 is ‘unexplained, and not accounted for by the domestic economy and can therefore dry up very quickly in changed circumstances.” In reality there is a bubble as far as corporation tax revenue is concerned. This shows the unsustainable nature of the economic model of Ireland being a tax haven for profit-hungry multinationals.  The globalised nature of the Irish economy also means it can also be very vulnerable to the fallout of a global trade war.

Working-class people are being conditioned for a Budget that could massively curb public spending on crucial services with uncertainty over Brexit and the global economy as the rationale. This should be vehemently resisted by public sector and all other trade unions. Increasing numbers of workers are in precarious, low-paid jobs and already under severe economic pressures.  It is essential that they begin to mobilise their power in defence of their position. This should be combined with the building of new party for working-class people that stands for a break with this crisis-ridden capitalist system.