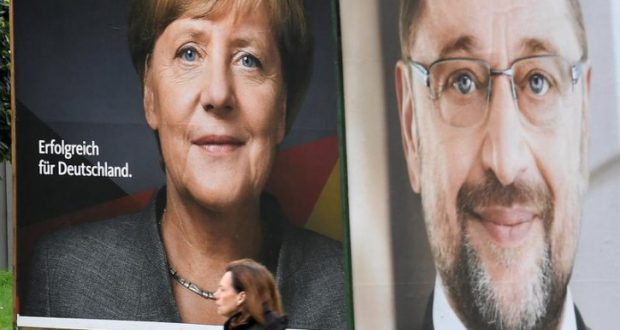 In the end, a somewhat boring election campaign that ignored many of the issues ended in a political earthquake. For the first time in decades, a racist, right nationalist party, AfD (Alternative for Germany), entered the German parliament.

While the AfD’s entry into the Bundestag was expected, the size of its vote shocked many, despite its recent recovery in opinion polls. It jumped in as the third largest party with nearly 6 million votes, 12.6% of the total. The surge in AfD support, up from 811,000 votes in 2013, is a sign of the unrest and dissatisfaction that has developed amongst sections across the country despite recent economic growth.

However the AfD’s election success provoked immediate protests. Many of the mainly young people who came out onto the streets were enraged at the success of a party whose leadership echo the language of the far right of the 1920s and 1930s. This energy and desire for action can be an important part of the rebuilding of a united movement that fights against the far right, the attacks the new right wing government is likely to introduce and for a socialist alternative.

After her lacklustre victory Merkel is now widely seen as a “lame duck” leader. The centre –right Bild, Germany’s largest selling newspaper, ran a headline “Nightmare Victory for the Chancellor”. The sharp fall in the votes of the outgoing coalition led the boss of the giant Siemens concern to describe the result as “a defeat of the elites”, while the head of industrial federation spoke of the “toxic” risk of political uncertainty.

This result will lead to a new polarisation, political instability and, possibly after a pause, struggles. On the one hand, there will be opposition and protests against the AfD. On the other hand, the most likely new government, a coalition of the Merkel led CDU/CSU alliance, the liberal FDP and the Greens (a coalition nicknamed “Jamaica” after the parties’ colours), will attempt to pursue further so-called economic “liberalisation”, i.e. counter-reforms against working people. The Greens will not be a barrier to this, as the last time they were in a national government, then with the SPD, they played a key role in the introduction of the neo-liberal “Agenda 2010” attacks on the unemployed and low paid.

An important part of the just over four years old AfD’s success was opposition to migration, particularly fears of the possible consequences of hundreds of thousands of refugees coming into Germany in 2015. However the AfD also had the support of right wing nationalist layers, and gained some gained votes from those alienated from and embittered by a system which is seen as unjust and benefiting an elite. About 20% of the AfD’s support came from people who did not vote in the last election.

The AfD is still a new force, not yet consolidated but, if not successfully challenged, could give birth to one like the Austrian FPÖ or Belgian FB. Significantly the AfD’s neo-liberal economic policies were not prominent in its campaign. Politically it is moving further to the far right. On election night the AfD continued their offensive against the older parties with a leader warning Merkel’s party that “We will hunt them. We will hunt Frau Merkel and we will get back our country and our people”. While their success will encourage right nationalist and fascist elements, the AfD is also unstable and riven with divisions as witnessed by the departure of Frauke Petry, one of their former leaders, immediately after the election.

Both traditional parties in the outgoing “grand coalition” suffered severe losses. Their rejection saw their combined share of the vote drop to 53%, way down on the 77% they had in the early 1990s. Merkel’s CDU/CSU alliance crashed from 18.16m votes in 2013 to 15.31m despite the overall turnout rising from 71.5% to 76.2%. Meanwhile Merkel’s outgoing coalition partner the “social democrats” in the SPD saw their national vote fall from 11.25m to 9.53m, which gave the SPD its lowest percentage share, 20.5%, since the early 1930s.

The SPD leaders reacted to this by refusing to continue in coalition with Merkel and hoping to restore their position by going into opposition.

Part of the reason for this SPD shift is the continued support for DIE LINKE (Left Party) whose vote slightly increased from 3.75m to 4.29m, winning 5 more seats. Significantly DIE LINKE won support from around 430,000 former SPD voters, and gained amongst youth. However, while gaining throughout the west, at the same time it lost votes in eastern Germany and much of east Berlin, some 400,000 of its 2013 voters switched to the AfD.

For years DIE LINKE has had a strong electoral base in the east, currently it leads one eastern federal state and is a junior coalition partner in another, but in these governments (and also the Berlin coalition it is in) it does not challenge and fight against capitalism, rather it seeks to administer it. While over 40% of the AfD’s new votes came from the CDU and previous non-voters it was also assisted by disappointment with DIE LINKE in the east where, in this election, the AfD was the second strongest party.

However DIE LINKE’s slight strengthening in this election gives it another opportunity to play a key role in building movements against the growing low wage sector in Germany, increasing rents alongside resistance to the far right and whatever attacks the new government will introduce. 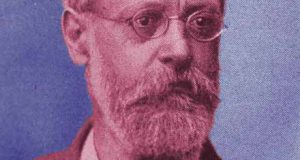 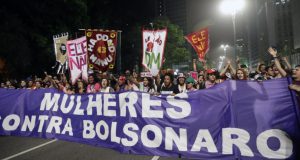 Opposing racism and the far right