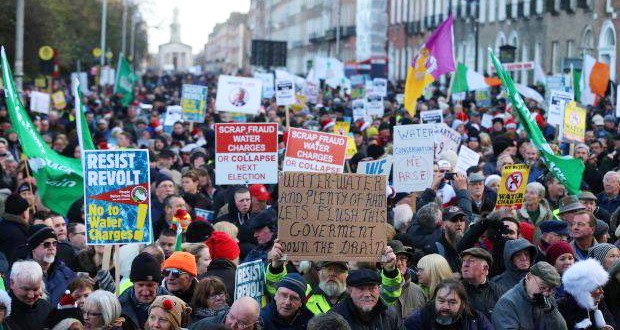 What kind of Left challenge is needed?

Working class people made the demonstration of 11 October last year a historic event. They mobilised themselves and changed the political situation in the whole country and in so doing they propelled Right2Water to a prestigious position of being a key convenor for this new movement.

Incredibly within months in another historic mobilisation, the working class has again dramatically put its imprint on events by being the inspiring leading force in the decisive Yes vote for marriage equality alongside women and young people.

A desire for radical change

This willingness to struggle and the support for radical change should be music to the ears of  the unions who are the de facto decision makers in Right2Water as they seek to organise a new political alliance to challenge in the next general election.

With their authoritative position, all the indications are that if Right2Water reflected the fighting and radical position of ordinary people they could bring together a movement that would have a huge immediate effect.

It could defeat this government on water charges within months. It could now create and channel such pressure that could force change on key issues of oppression like repeal of the Eight Amendment. Such an approach would make it likely that twenty or thirty new working class and left TDs could get elected in the coming election.

The need for non-payment

Water bills are dropping but unfortunately Right2Water still hasn’t come out and organised mass non-payment. Given the radicalisation that is unfolding in working class communities, if Right2Water had opened up its conference on building a political challenge, scheduled for 13 June, to the working class it could be a huge and significant event. It could be a platform for consolidating a new movement in each area that could fight on the key issues and be the basis for a political challenge that could have involved thousands of working class people.

Unfortunately it seems that the unions at the centre of Right2Water are focused too much on facilitating existing political forces, mainly Sinn Féin, and are prepared to limit the activity and policy positions of the movement to what is acceptable to them, rather than politically embracing and organising the working class itself.

According to Right2Water, the conference on 13 June will roughly have the same numbers attending, two hundred, as the initial event on 1 May. There doesn’t seem to be any facility for active community groups to select and send in delegations so that the event could be predominantly made up of the new working class movement.

Arguments that the venue doesn’t have enough space have ­been made. However, such technical points are not really serious or credible, particularly when compared to the need to maximise the potential of any new movement or political alliance.

Any new political alliance, claiming the mantle of the anti-water charges and anti-austerity movement couldn’t be in a government with any of the establishment parties, Fine Gael, Labour or Fianna Fáil and all groups that are part of the alliance should be asked to give a commitment on this.

We need a government that says no more austerity measures under any circumstances, and that actually follows through on the popular sentiment that people must come before profit. That can only be done if the wealth and resources of the country are taken out of the control of the 1%. 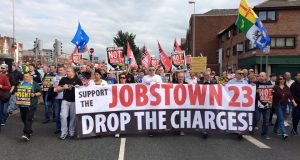 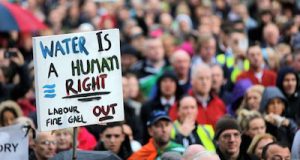 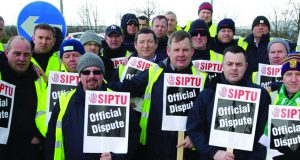