The description of Islam as ‘Satanic’ by a pastor in Northern Ireland, James McConnell, and his suggestion that Muslim people are not trustworthy, caused widespread outrage. It is dangerous hate speech. The fact that these comments were defended by local government First Minister, Peter Robinson – although he said he would trust a Muslim to “go to the shop” for him! – and by other senior politicians, is a shocking reflection of backward and racist attitudes at the heart of the political establishment in the North. Rightly, this has provoked outrage at home and across the globe.

Comments like these have consequences. In the wake of this controversy, two Pakistani men have been driven from their home in north Belfast by physical assault and an attack on their house. In the last year, there has been a 43% rise in racist attacks in Northern Ireland, some of which are being orchestrated by paramilitary groups. Member of the Legislative Assembly (MLA) Anna Lo, who is an Alliance Party representative, has been subjected to a campaign of racist abuse. She said that as a result, she will not stand for re-election in 2016. The thugs who carry out these attacks use the scapegoating and demonisation of immigrants and ethnic minorities by right-wing politicians and the gutter press to legitimise their actions.

The danger of rising racism and xenophobia was highlighted in the results of the recent European elections. In Britain, the anti-immigrant UKIP topped the poll, as did the far-right Front Nationale in France. Across much of the continent, racist parties saw their support rise. Neo-Nazi groups with jackbooted military wings were elected to the parliament from Germany, Hungary and Greece.

The rise of these groups is a consequence of the economic crisis which has rocked Europe in recent years and the austerity agenda being implemented by capitalist governments across the continent, including the Assembly Executive in Northern Ireland. The massive gambling debts of the bankers and speculators have been shifted onto the shoulders of working people and the poor through cuts and privatisation. Racist, right-wing groups are feeding off people’s anger at mass youth unemployment, lack of decent, affordable housing and cuts to health and education.

On Saturday 31 May, 4,000 people rallied against racism at Belfast City Hall in an inspirational protest which developed organically through social media. It gave a glimpse of the overwhelming opposition to racist attacks which exists amongst ordinary people. The trade unions, Amnesty International and others have called a further march in Belfast this coming Saturday which could potentially be even larger.

Padraig Mulholland (President of public sector union NIPSA and Socialist Party member) addressed the City Hall rally and said that as well as challenging racism head-on, we need to tackle the social conditions which allow racist ideas to breed. The most effective way to challenge racism and anti-immigrant prejudice is to build a united movement to resist austerity and fight for decent jobs, homes, health and education for all. Central to this must be the trade union movement, which unites workers from all backgrounds. Part of this fight should be to ensure that immigrant workers are unionised and given proper rates of pay, rather than super-exploited by profit-hungry bosses to drag down wages for all.

The fight against racism and austerity needs a political voice. We need to build a new, mass party which will challenge all forms of inequality and prejudice, as well as fighting back against the cuts agenda of the main parties in the local Stormont government. We need a party which will unite working people from all backgrounds, to fight for our common interests and make the super-rich, the bankers and big business pay for their crisis. 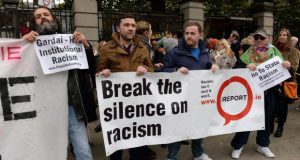 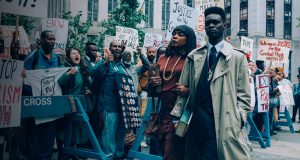 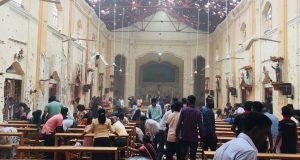