Appalling – abhorrent – grotesque – it’s difficult to find words to adequately express the horrors visited upon the poorest and most vulnerable sections of Irish society, particularly women and children, at the hands of Church and State in Ireland. The 796 infants and children who perished in Tuam in the care of the Church and State, and the women and girls who gave birth in these homes deserve a full, unbiased public enquiry. Similarly, all Mother and Baby Homes need to be fully investigated, some of which had an even higher infant mortality rate than that of Tuam.

Litany of abuse, degradation & oppression – both church & state are guilty

The litany of abuse, degradation and oppression presided over by a deeply misogynistic and ‘anti-the poor’ Catholic Church is confounding. From the 1943 Cavan Fire during which time 35 children and one adult perished after nuns refused to let girls escape so as to avoid them being seen in their night-gowns; to the enslavement of poor women in Magdelene Laundries, the last of which closed only in 1996; to the systemic cover-up of child sexual abuse.

We’ve seen huge social shifts and progress in the intervening period but a crucial point remains – positive changes in attitudes from below on social questions have not been reflected by the puny and pathetic State and at the top that refuses to really challenge the Catholic Church.

The legacy of Church influence on State continues

The McAleese enquiry was a whitewash that understated the horrors of the Magdalene Laundries. The State has made no attempt to prise money from the religious orders and Catholic Church institutions as reparations for abuse. Survivors of the Laundries have been left living off the hot air created by the apology of Enda Kenny and have not received compensation.

Most tellingly, the Catholic Church still dominates the majority of public hospitals and schools in 2014. One and a half years ago, Savita Halappanavaar died in agony while requesting a termination, one that was refused on the basis that “This is a Catholic country.” Women’s health is still not grounds for a safe and legal termination. Women are still denied the right to make their own decisions about their health and bodies with the persisting ban on abortion.

Furthermore, the fact that RTE forked out €85,000 to the fringe religious right Iona Institute, that represents only a tiny minority view now within Irish society, also gives an insight into the conservative nature of the Irish establishment. None of the main political parties are willing to take on the Catholic Church. A left movement and alternative needs to be built that can put the full separation of church and state on the agenda. The ending of church influence in schools, hospitals and laws is a precondition for the realisation of the rights of women, children and the LGBTQ community.

“The records must be handed over immediately. The state’s practice of privatising or leasing people’s care to other agencies and denominations needs to be stopped. Religious orders have no right to run public services. We must also bring into the debate cruel state practices engaged in today, such as ‘direct provision’ for asylum seekers which represents a perpetuation of this state’s continued degradation of the most vulnerable in society.” 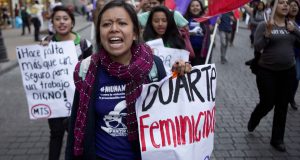 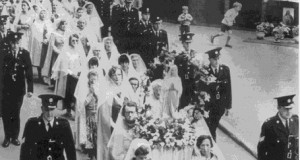